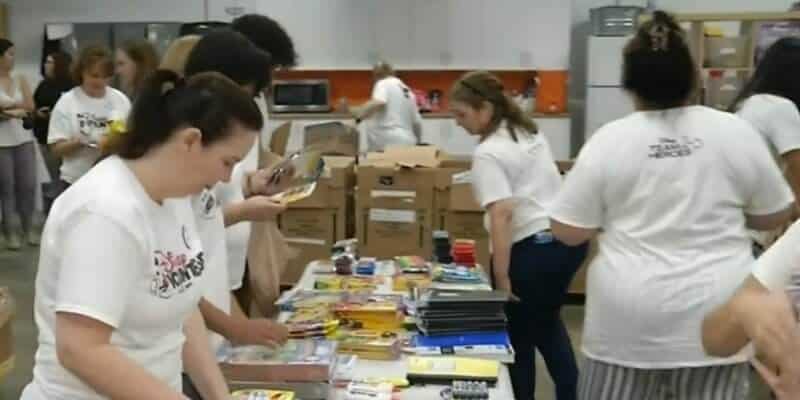 Students in Central Florida got back to the old school grind on Monday, but they didn’t go back empty-handed, thanks to some very special Cast Members at Walt Disney World.

On Friday, Disney World “VoluntEARS” spread magic all around them as they worked to organize hundreds of school supplies items they collected over the summer break.

In fact, more than 30 VoluntEARSs headed to A Gift For Teaching headquarters in Orlando on Friday to begin sorting copious amounts of pens, pencils, paper, markers, crayons, spirals, composition books, and other items for distribution to local students.

West and other VoluntEARS spent the summer collecting different kinds of school supplies for teachers in Central Florida and their students during the annual back-to-school drive.

West said there were also more than 40,000 books donated by Disney World of Publishing in conjunction with First Book, the largest and fastest-growing non-profit network of teachers and other educators in the country that exclusively serves kids in need. Their members work in classrooms, libraries, community programs, and other settings.

“It’s really important to support this community that we live and love in,” West said.

The work and dedication on the part of some of Mickey’s most cheerful VoluntEARS promises to get kids in Central Florida off to a great start this school year!