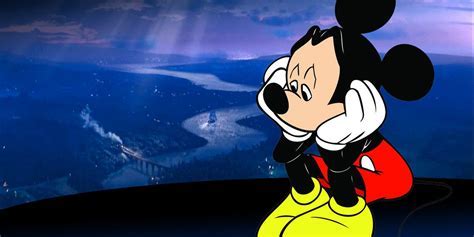 In case you missed it, July was a month seemingly chock full of tales of unpleasantries at two Disney Parks.

On July 6, a violent exchange took place among members of a family who were spending the day at Disneyland. On the evening of July 13, an angry woman from Chicago punched a Cast Member in the face because she had no FastPass for the Tower of Terror attraction at Disney’s Hollywood Studios. She took it a step further by handling ride-control buttons and could have caused the ride to malfunction.

And on July 19, news surfaced of an angry mother taking to social media for a full-blown public display of her, well, hatred for “childless women” and “immature millennials” who venture to the Most Magical Place on Earth sans kids.

The fighting family was charged with misdemeanors and felonies, the Chicago woman was awarded a lifetime ban from Disney as reward for her violent display of disappointment, and the angry childless-family-hating mother was met with all kinds of hard-earned and well-deserved backlash from Disney fans on Twitter—minus the “zest” with which the angry woman delivered her buffet of hatred, name-calling, and profanity.

These incidences beg the question: Why so angry while at Disney? The “happiest” and “most magical” places on earth, remember? Is there something about summertime in the parks—the heat, the crowds, the dehydration, the sweat—that makes people so angry? And why would anyone consent to ruining her vacation, or a family day at the parks, in such a way?

We’re not sure either. But the wonderful world of Disney Parks provides the perfect place to relish in, and practice, creativity. To that end, we’ve compiled a short list of creative ways to ruin your Disney vacation. After all,  if you’re in to that kind of thing, there are actually several avenues by which you can do so. Try any one of the following:

Pick a fight with your family members, a Cast Member or a complete stranger.

Look, disagreements will arise. It’s part of life. Can you help it if one “arises” while you’re at Disneyland?

(Truth: Inciting a fight, riot or any other disturbance can get you permanently banned from the parks. It’s just not worth it.)

Don’t make FastPass+ selections or dining reservations until you get to the parks.

No need in stressing yourself with the trivialities of things like FastPasses and dining reservations. After all, you’ve got more pressing things to do, like packing and checking in early for your flight. What difference will it make anyway?

Don’t take breaks during your day, especially if you have toddlers.

This is especially true at Disney World, where the entire resort encompasses some 47 square miles. Think about it: you’ve got a lot of ground to cover, and taking breaks chips away at your time in the parks. So what if you’re the proud parents of the loudest, most irritable 3-year-old in the park? At least you won’t miss a single thing!

(Truth: This will ruin not only your day in the parks, but others around you won’t be overly appreciative of your Disney attraction triathlon either.)

It’s summertime. We’re all used to the heat, especially those of us who live our non-park days in places like Texas. We can handle the heat, right? And stopping at a quick-service restaurant in the parks (where water is always free) debits our “time in the parks” accounts. There’s no way we’ll even get close to heat exhaustion without plenty of notice!

(Truth: Depending on the heat index and humidity, forgoing those water breaks might wreck your day or your week. Instead of finally experiencing Flight of Passage, you might experience a flight in the back of an ambulance to the emergency room at Celebration Health.)

Wear your brand-new shoes to the parks without breaking them in first.

Those new kicks look amazing, and besides that, who has time to break in new shoes? You’re still not even sure you packed everything!

(Truth: Those brand-new kicks might look amazing, but your  brand-new blisters won’t. And look out, Belle, because walking around with those blistered feet just might make a beast out of you! There goes your trip…)

Since you spent days creating the perfect parks itinerary, DO NOT stray from it.

You might just be the first person to ever create such a perfect park day itinerary; you found a way to fit in everything! So no matter what your family says, you’ve got to make it around the World Showcase and see each of the 11 countries by 4:00 p.m. Otherwise, you’ll miss your chance to experience Soarin’, see Figment, have a photo shoot in front of Spaceship Earth, eat a cupcake at Sunshine Seasons, have dinner at Garden Grill…

(Truth: Loosely-planned itineraries are fine. But ironclad itineraries that allow you to “do it all” in the parks will ruin the day for you and your loved ones. Instead, slow down. Take that photo. Sleep late or stay late. Ride everything or don’t ride everything. Make those memories. Savor the moment. Smell the roses. Park plans that allow no room for error also allow no room for magic, and magic is where the memories happen.)

If you’re going to take our truthful advice and do everything not to ruin your Disney vacation, booking a trip with an Authorized Disney Vacation Planner can help. Academy travel can handle every detail of your Disney vacation planning, from dining reservations and hotel bookings to FastPasses and day-to-day recommendations. And the less stressed you are, the better your vacation will be! Click here to contact Academy Travel and get a free quote for your next Disney trip!