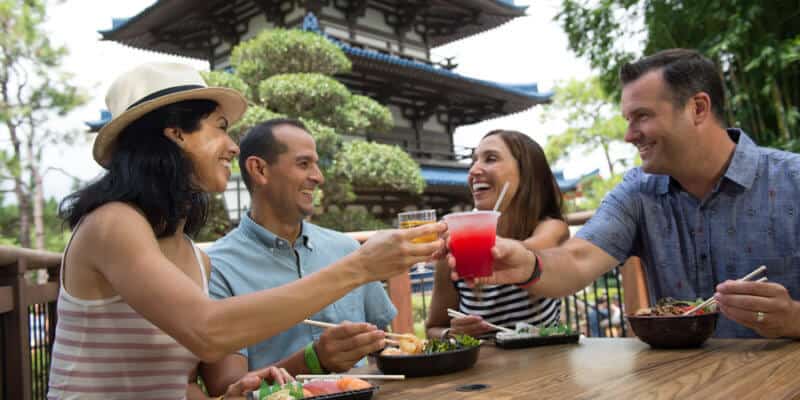 It’s no secret that Disney Parks are enjoyed by people of all ages, the young and the young at heart. While it’s very common for adults to travel to Walt Disney World without children, some parents think it’s best that childless adults just stay home. After her vacation, one angry mom took to social media to say all childless couples should be banned from Walt Disney World. Here’s how people are reacting.

One Twitter user, @JenKatWrites, recently shared a Facebook post from one angry mother who expressed her frustration against adults who travel to Walt Disney World without any children. According to the Facebook post, the mom was upset that a childless adult had a Mickey-shaped pretzel when her son did not (the line was allegedly very long). “People without CHILDREN need to be BANNED!!!!! Mothers with children should be allowed to skip ALL THE LINE!!!” she wrote. As a disclaimer, this mother uses a variety of expletives and adult language in her post. Take a look:

This is my new favorite wild mommy post. It’s me, the millennial slut who just goes to Disney World to make children cry pic.twitter.com/COokEiTdMm

It turns out, the angry mom upset a lot of Disney fans with her Facebook post, and many took to Twitter to express their thoughts as a response to her outrage. Some cracked jokes while others shared the fact that they are childless adults themselves, and if Walt Disney World serves alcohol all around the theme parks, why wouldn’t it be a place for adults, too? Here’s what they’re saying:

As a single person with no kids who goes to Disneyworld all the time, this is making me feel extremely powerful.

FFS, a childless couple is still a FAMILY.

I distinctly remember an venue outside of the safari at animal kingdom that exclusively serves margaritas and mojitos. How is this not for childless adults?

*wants only people with kids to be at DW*

*thinks people at DW with kids should be allowed to skip lines* pic.twitter.com/hAkGsD5pZP

She wants to ban childless visitors AND wants mothers with children to be able to skip line? I don't think she thought that through.

As we’ve shared before, Disney vacations have plenty to offer toddlers, teenagers, adults with young children, adults without any kids, large groups, and pretty much every demographic out there. This woman may be upset that adults without kids are traveling to Disney Parks, but we don’t think that’s going to change anytime soon.

Do you think Disney Parks are places for people of all ages, or do you think only families should be allowed to visit? Share your thoughts with us in the comments!