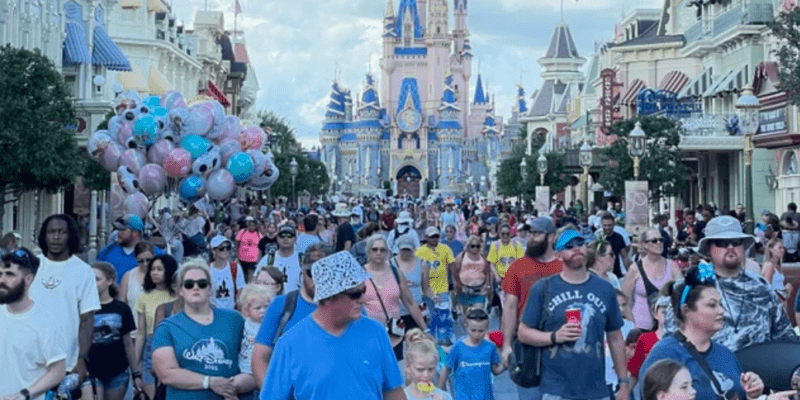 Walt Disney World Resort is known as “the most magical place on earth.”

Disney Park Guests who visit Magic Kingdom, EPCOT, Disney’s Hollywood Studios, and Disney’s Animal Kingdom are completely immersed in the magic and are treated to all kinds of fun experiences, including iconic attractions, stunning entertainment, and delicious snacks.

But, there are specific rules in place at both Walt Disney World and Disneyland Resort to ensure that Guests are safe during their experience.

Recently, a Disney fan shared that they suffered a “severe panic attack” in the bathroom at the Transportation and Ticket Center at Magic Kingdom. The attack caused them to pull the fire alarm.

“During my current trip, I had a severe panic attack in the bathroom at the Ticket and Transportation Center and pulled the fire alarm during my breakdown,” the Guest said. “Obviously, this wasn’t intentional and is an impulse brought on by mental health issues, which I understand is still concerning and upsetting for people around; it’s something I can’t help in the moment and am slowly but surely working on and trying to conquer.”

As a result of pulling the fire alarm, the Guest was trespassed, essentially being banned from the Disney Parks pending an appeal.

Walt Disney World’s official rules and policy page reads: Please show common courtesy to fellow Guests and our Cast Members by not using profanity or engaging in unsafe, illegal, disruptive, or offensive behavior, jumping lines, or saving places in lines for others.