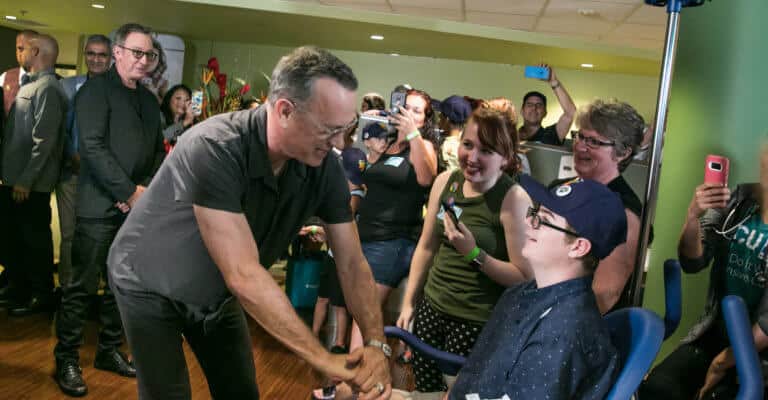 The “Toy Story” series continues to enchant and delight children young and old, and the characters are beloved by fans of multiple generations. So it’s no surprise that children at youth hospitals in Orlando, FL were overjoyed to receive toys from none other than the “Toy Story 4” actors themselves. We love seeing Disney stars give back to those who need it the most, and what better way to celebrate the release of a fun new Disney-Pixar film than by spreading happiness to children in need? 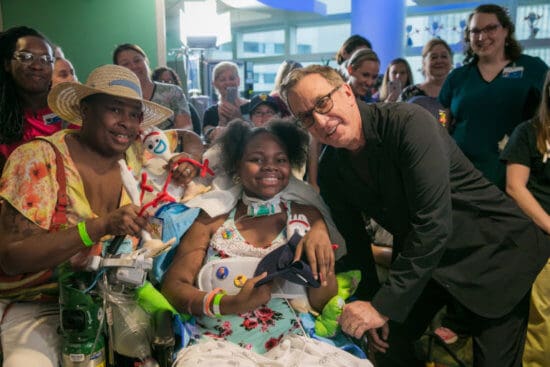 Over the weekend, the real-life Woody and Buzz Lightyear (otherwise known as Tom Hanks and Tim Allen) helped The Walt Disney Company kick off its annual Disney Toy Delivery at AdventHealth for Children in Orlando. Hanks and Allen delivered toys to children and their families and brought joy to patients, who also had the opportunity to meet, interact with, and have their photos taken with the “Toy Story” characters themselves, Woody, Buzz Lightyear, and Jessie. This year’s deliveries also included “Toy Story 4” merchandise in honor of the film’s upcoming June 21 theatrical release. 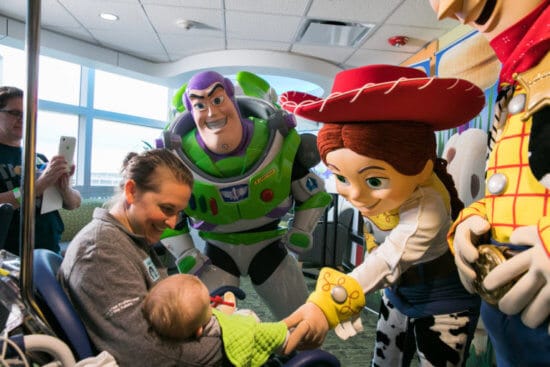 “The Toy Story films celebrate the importance of toys in a child’s life—they are a source of comfort, joy and consistent companionship,” said Elissa Margolis, senior vice president, Enterprise Social Responsibility for The Walt Disney Company. “By delivering toys to children’s hospitals across the country we hope to raise the spirits of children facing serious illness and make their hospital stay a bit more comfortable.” 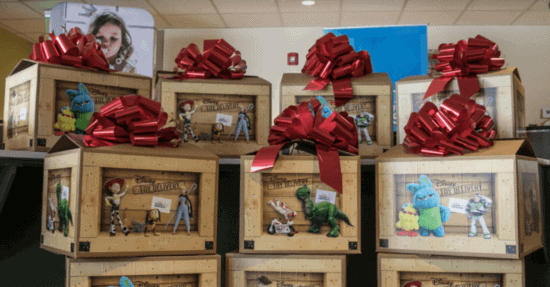 The Disney Toy Delivery is a part of the company’s philanthropic initiative called Disney Team of Heroes, which focuses on reimagining the patient and family experience in children’s hospitals across the globe. The initiative launched in March 2018 with Disney Chairman and CEO Bob Iger’s announcement of a five-year, $100 million commitment to support children’s hospitals worldwide.

Every year for the past 15 years, The Walt Disney Company delivers a pallet’s worth of toys, games, books and comics so that children’s hospitals are able to share some Disney joy and magic with their patients throughout the year. According to Disney, the items in the toy deliveries are specifically selected to be the most beneficial in helping promote normalcy, reduce stress, and inspire play during what can be a difficult time for children. With the help of the Association of Childing Life Professionals and Starlight Children’s Foundation, more than $3 million in Disney products will be delivered to 450 children’s hospitals in the U.S. and Canada this year as part of the Disney Toy Delivery program. 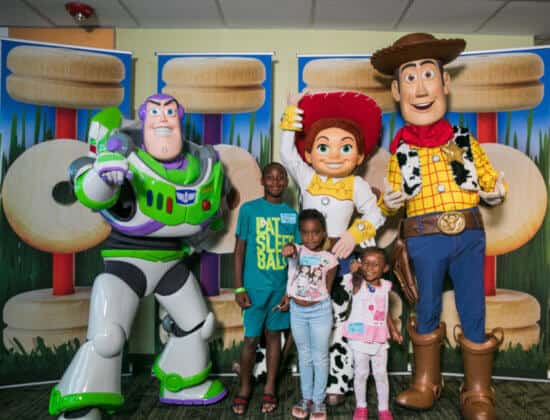 What do you think of the Disney Toy Delivery program? Share your thoughts with us in the comments!