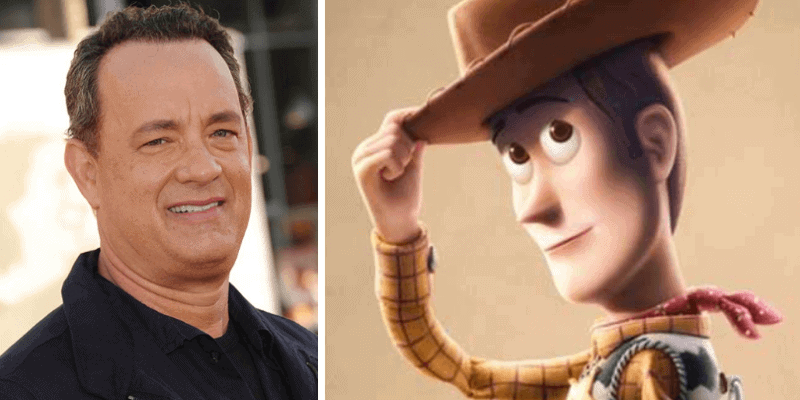 Many Disney fans were overjoyed to hear that their favorite Pixar characters would be returning to the big screen in “Toy Story 4.” But long-time “Toy Story” fans weren’t the only ones excited about the return of Woody, Buzz, and the rest of the gang. Even Tom Hanks, the voice behind none other than the rootinest, tootinest cowboy, was pretty emotional when he heard that a fourth “Toy Story” film was in the works.

“The ‘Toy Story’ films accomplish what timeless classics aim for,” says actor Tom Hanks, who has voiced Woody for 24 years. “They are full of innocent characters who face an endless trail of adventures. We all know the likes of Woody, Buzz, Bo Peep and Mr. and Mrs. Potato Head, and we wonder who we would be…if we were toys.”

It’s no surprise to hear that Hanks expressed some pretty heartwarming feelings when he was asked to return to voice Woody in “Toy Story 4.” We shared a few months back that the actor revealed his intense emotional reaction to the upcoming film’s ending. And in January, Hanks Tweeted out a photo from his final recording session for Woody in “Toy Story 4,” saying he and the rest of the team “rode like the wind, to infinity and beyond.” So when we found out that pitching the fourth installment of “Toy Story” to Hanks himself was a pretty terrifying experience for the film’s directors, we couldn’t wait to hear more details.

Inside the Magic got a special opportunity to sit down with “Toy Story 4” director Josh Cooley and producer Mark Nielsen to speak about the upcoming film.

Director Josh Cooley shared that during the final recording for Woody in “Toy Story 4,” Hanks said, “This character means the world to me, my family…I’ve been doing it for almost 30 years.”

“It was a big deal to him, and he was incredibly invested in the story,” producer Mark Nielsen said. “He really grabbed onto it and really loved it from the start, and just was excited to have another adventure with this character. It’s amazing; I don’t know how many actors played the same role like this for over 25 years.”

Like the two men noted, the role of Woody goes beyond just a voice acting role; “Toy Story” has had a huge impact on the lives of the actors who have been a part of the films for decades. Hanks’s time as Woody has paralleled his family life as his children have grown up over the years. Mark Nielsen shared that during the production of “Toy Story 4,” Hanks had reflected on the ages of his children as they were associated with which “Toy Story” film he was working on at the time. Working on “Toy Story 4” was truly a reflective period for the actors who have been with the films from the very beginning.

“One of the most terrifying moments was pitching the story to Tom, because he knows that world and that character better than anybody, and I just wanted to do right by that.” said Cooley.

According to Director Josh Cooley, as they were pitching “Toy Story 4” to Hanks, the moment when he became hooked was the film’s classroom scene. “We got to the classroom scene and he said, ‘Alright, you got me. Okay. I don’t know how you’re doing this.'” Tim Allen, who voices Buzz Lightyear, had a similar reaction upon being pitched the latest “Toy Story” film.

They shared that getting positive, heartfelt reactions from Hanks and the other “Toy Story” actors has given them the confidence to continue their work. And we can’t help but agree that hearing Hanks comment on his work as Woody and his emotional response to the end of “Toy Story 4” gives us even more confidence that this film will be one of the best we’ve seen.

Break out the tissue boxes, friends. We’re ready for whatever Woody and the rest of the “Toy Story 4” family have coming out way.

What are you most excited to see in “Toy Story 4” when it hits theaters this summer? Let us know in the comments!