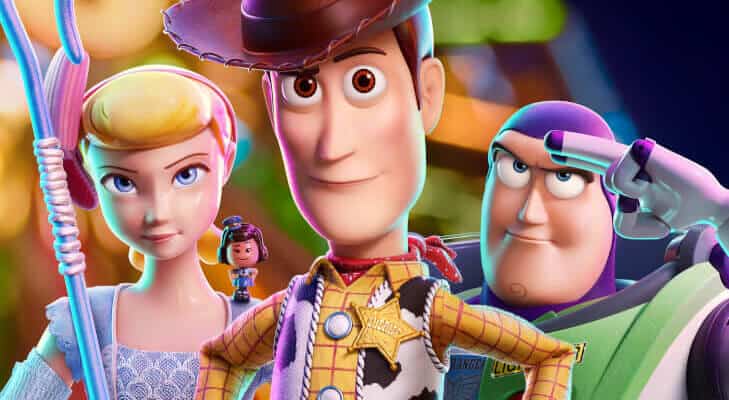 It’s been 9 years since “Toy Story 3” hit theaters, and ever since the third film’s emotional ending, fans everywhere have been wondering when they would see their favorite toy friends on the big screen again. “Toy Story 4” is finally making its debut on June 21, but it may not be the last we see of Woody, Buzz, and the rest of the gang.

Inside the Magic recently had the opportunity to hear from the team behind “Toy Story 4” at a press day hosted at Pixar Studios. That day, the film’s producer Mark Nielsen shared that it may not be the end of “Toy Story” just yet.

“Every film we make, we treat it like it’s the first and last film we’re going to make…Whether there’s another one? I don’t know. If there is, it’s tomorrow’s problem,” Nielsen said.

Sure, he didn’t confirm or deny whether the “Toy Story 4” team is done telling the stories of our beloved pals. But with the return of familiar characters and the introduction of new ones in the latest “Toy Story” film, we can’t help but wonder if the Pixar team is setting up another movie. “Toy Story 4” is currently the last feature sequel in the works for Pixar; it seems as though the studios are working on only new characters in the coming years. However, we wouldn’t be surprised if we saw an announcement for “Toy Story 5” sometime soon. The “Toy Story” film series has been known to be more and more successful for Pixar with each film’s release.

But would Pixar make a new “Toy Story” film without Woody? We shared previously how meaningful it was for Tom Hanks to return to the role of Woody, and how emotional he was after recording his final lines for “Toy Story 4.” By the looks of it currently, “Toy Story 4” may be the end of Woody’s story as we know it. But we’ve already fallen in love with Forky, and Bo Peep’s new look and persona have stolen our hearts. We can’t help but think of Woody every time we think of “Toy Story,” but if Pixar is possibly setting up “Toy Story 5” to tell a new story with Woody as a minor character instead of the main one, we wouldn’t be surprised.

Of course, Pixar has yet to confirm whether or not a fifth “Toy Story” film is in the works. But “Toy Story 4” is predicted to be wildly successful, and “Toy Story” fans may be left wanting more movies after they see the latest film in theaters. No matter what happens in “Toy Story 4,” we know we’ll be grateful that Pixar decided to continue our favorite characters’ story in the first place. We just hope they won’t stop.

Are you interested in seeing the Toy Story franchise extended to a 5th film? Let us know in the comments below.