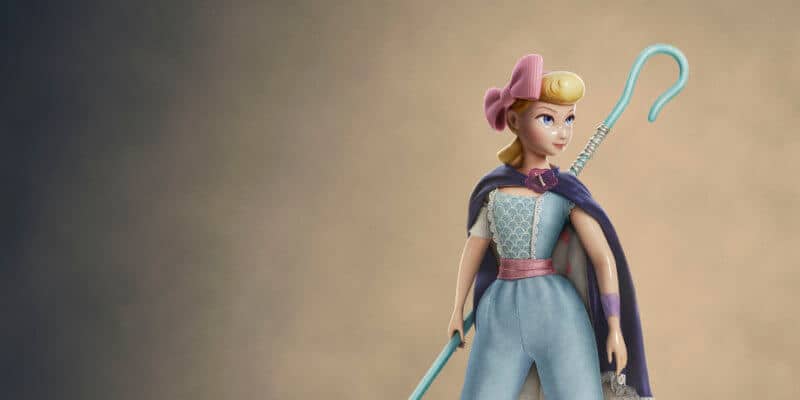 Look out, Bo Peep. You may be in more trouble than you anticipated.

Laura Thomasson, PETA’s Manager of Animals in Film and Television, recently published a statement directed toward “Toy Story 4” film director Josh Cooley urging him to remove Bo Peep’s trademark accessory from the upcoming movie. This statement came shortly after Disney-Pixar released new images of Bo Peep in recent posters for the film. The poster showcases Bo Peep (posing, as SYFY observed, in a very empowered stance highly reminiscent of Rey’s in the “Star Wars: The Force Awakens”) sporting a new look, which many “Toy Story” fans have been excited about. PETA, however, is less than impressed.

Here’s what Thomasson had to say in PETA’s recent letter to Cooley:

Given that she was designed to have a “modern” look, why hasn’t she “lost” that outdated and cruel crook? You may not know that these “shepherd’s crooks,” are used solely to hook a sheep’s neck and force these gentle animals to move. That isn’t something that a progressive Bo Peep would countenance in 2019! A “badass” Bo Peep would likely bop the shearers, not the sheep…Surely you can agree that a symbol of domination over any animal is a thing of the past and not something that belongs in Toy Story 4. Won’t you please consider removing Bo Peep’s crook from the final animation?

Thomasson’s argument makes sense in terms of Bo Peep’s modern look. Disney shared last month that Bo Peep would return to “Toy Story 4” as “an adventure-seeking free spirit,” and by the looks of her outfit, she definitely seems like one. Cooley even shared that in the upcoming film, Bo Peep has “taken control of her own destiny.” So it’s only natural for Disney-Pixar to redesign Bo Peep’s outfit to reflect her new persona. Given the modernity of her new look, it makes sense for PETA to make the argument that a crook isn’t a necessary (or even fitting) for the modern woman that Bo Peep is supposedly portraying.

So why have Bo Peep sport her crook at all? To that, we simply have to say that Bo Peep’s crook is just as much a part of her character as Woody’s hat or Jessie’s lasso. And since Bo Peep didn’t appear in “Toy Story 3,” it’s only natural for Disney-Pixar to want to maintain some of Bo Peep’s signature style, like her hairbow and crook, seeing as the rest of her outfit largely differs from that of the original.

Still, if Disney-Pixar’s goal is to make Bo Peep a free-spirited, adventurous, modern woman, why shouldn’t they keep modernity consistent and leave out the crook altogether? With the film set to release on June 21 and with the poster art and film previews clearly featuring Bo Peep and her crook, the likelihood of Disney omitting Bo Peep’s crook from the film is slim.

Disney has yet to publicly respond to PETA’s statement at the time of this article’s publication. It’s unclear if anything will come of PETA’s requests, but we’re eager to find out if they made a difference when “Toy Story 4” hits the big screen this summer.

What do you think of PETA’s opinion of Bo Peep’s new look in “Toy Story 4”? Should Disney do something about it?