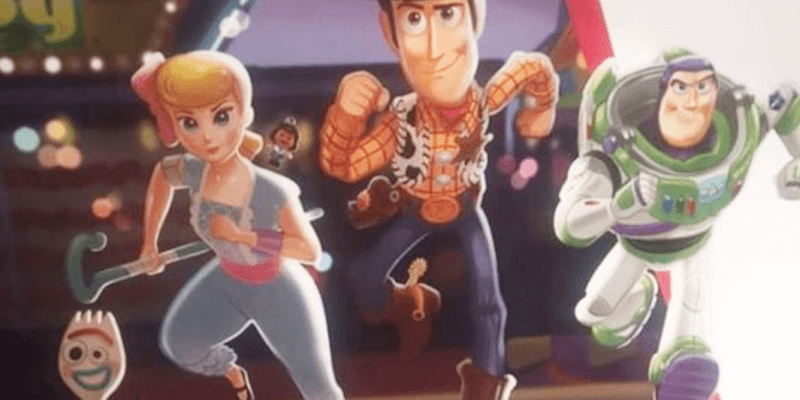 Could a beloved “Toy Story” character be making a return in “Toy Story 4”? A Pixar calendar in Russia gives a sneak peek at Disney/Pixar’s “Toy Story 4,” giving us a look at what appears to be the return of Little Bo Peep.

Fans of the Disney/Pixar franchise may remember Little Bo Peep as Woody’s past love interest from the first two films. Little Bo Peep did not make an appearance in the third film.

Could Little Bo Peep’s reemergence in the new film mean a possible rekindling of the lost love between her and Woody? Or could it just mean that Little Bo Peep is back and she’s taking names as a member of the team? Of course, until Disney/Pixar officially confirms Little Bo Peep’s return, this is just wishful thinking.

In November 2018, Tom Hanks revealed details of the film’s emotional ending, which the actor found difficult to record. In an interview with BBC Radio 2 morning talk show “The Chris Evans Breakfast Show,” the actor said he had such difficulty with the intense scene, he had to face away from the audio team recording him when he was in the sound booth.

Later that month, we saw the premiere of the film’s first official teasers, which introduced three new characters: Forky (voiced by Tony Hale), Ducky (voiced by Keegan-Michael Key) and Bunny (voiced by Jordan Peele). This was also when Disney/Pixar revealed the film’s synopsis:

Woody has always been confident about his place in the world and that his priority is taking care of his kid, whether that’s Andy or Bonnie. But when Bonnie adds a reluctant new toy called ‘Forky’ to her room, a road trip adventure alongside old and new friends will show Woody how big the world can be for a toy.

What are your thoughts of Little Bo Peep possibly coming to the forefront in “Toy Story 4?” Let us know in the comments below!