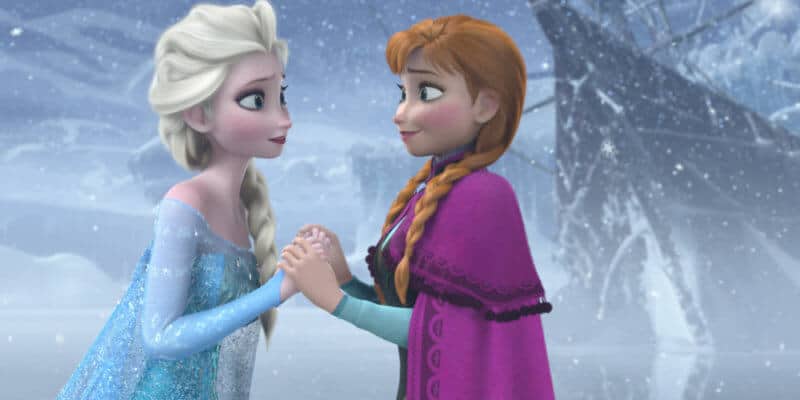 There’s a lineup of Disney movies we can’t wait to see in theaters every year. 2018 brought us films like “Incredibles 2,” “Ralph Breaks the Internet,” “Black Panther,” “Avengers: Infinity War,” “Ant-Man and the Wasp,” and “Mary Poppins Returns” to finish out the year. Now, it’s time to get excited about all the Disney movies heading our way in 2019. Below, find a list of the movies scheduled for release next year, and start making movie dates now!

“Captain Marvel” takes fans back to the ’90s for this origin story starring Brie Larson as Carol Danvers/Captain Marvel. When the Earth is caught in the middle of an intergalactic war, Carol Danvers becomes one of the universe’s most powerful heroes. The film also features well-known Marvel characters Nick Fury (Samuel L. Jackson) and Coulson (Clark Gregg), and we can’t wait for this female-led superhero story.

This live-action re-telling of Disney’s 1941 animated film is directed by Tim Burton (“The Nightmare Before Christmas”) and features Colin Farrell, Michael Keaton, Danny DeVito, and Eva Green. If the trailer is any indication, the new movie promises to be just as much of a tearjerker as the original.

“Avengers: Endgame,” which takes place after the events of “Avengers: Infinity War” (2018), maybe the most highly-anticipated movie on this list. In the aftermath of Thanos wiping out half of all life in the universe, the remaining Avengers must do what it takes to undo the Mad Titan’s infamous snap. For an in-depth analysis of the trailer, click here.

So far, fans have had mixed reactions to first look photos of Disney’s upcoming live-action “Aladdin.” Released by Entertainment Weekly, the images depict the Genie (Will Smith) like a normal human rather than the big blue character we all know and love. However, Smith assures fans that his character will be blue (and CGI) for most of the film.

In a trailer released on a commercial break during this year’s Grammys, the 1-minute clip includes never-before-seen footage of Will Smith in his role as the larger-than-life Genie.

According to Tom Hanks, the fourth installment in the “Toy Story” franchise will be emotional. In the movie, Bonnie adds a reluctant new toy called Forky to her room, which leads to a road trip adventure for Woody along with new and old friends. In addition to Hanks, voice actors Tim Allen and Joan Cusack return as Buzz Lightyear and Jessie, respectively.

Disney’s third remake of 2019 is “The Lion King,” with voice actors Donald Glover, James Earl Jones, Beyoncé, Seth Rogen, Keegan-Michael Key, Billy Eichner, and more. This version features photorealistic computer animation rather than a “live-action” remake, which might have proven a bit too hard to do with “The Lion King,” this version features photorealistic computer animation.

Based on the popular book by Eoin Colfer, this movie follows 12-year-old genius Artemis Fowl, a descendant of a long line of criminal masterminds, as he finds himself in a battle of strength and cunning against a powerful, hidden race of fairies who may be behind his father’s disappearance. The film stars Ferdia Shaw and features Judi Dench and Josh Gad, directed by Kenneth Branagh.

We don’t know much about “Frozen 2,” but it’s a safe bet the sequel will be just as popular as the 2013 movie. In the teaser trailer for “Frozen 2,” we see all of our favorite “Frozen” friends return, including Queen Elsa, Anna, Olaf, Kristoff, and Sven, in what appears to be a battle against time.

The third and final installment in the “Star Wars” sequel trilogy arrives in 2019, and after “The Last Jedi,” fans undoubtedly have mixed emotions. Right now, we know “Star Wars: Episode IX” takes place one year after “The Last Jedi,” but plot details are still under wraps. Much of the cast from “The Force Awakens” and “The Last Jedi” are returning, with the addition of Keri Russell, Dominic Monaghan, and Matt Smith. To wrap up Leia’s story, Carrie Fisher, who passed away in 2016, will appear in the movie thanks to unused footage from previous films. In addition, Billy Dee Williams reprises his role as Lando Calrissian, and Mark Hamill confirmed he would appear in the new movie. J.J. Abrams, who directed “The Force Awakens,” replaced Colin Trevorrow as director for “Episode IX.”

In Descendants 3, the four Villain Kids cross the barrier and return to the Isle of the Lost so they can bring back four more Villain Kids who deserve a fresh start too. The VKs (Villian Kids) currently in the Isle of the Lost apply for the opportunity to join Mal, Evie, Carlos, and Jay at Auradon Prep, but Uma and Hades are looking to prevent their return. Additionally, there will be a new villain — Mal’s father — who is sure to have “Descendants” fans on the edge of their seats.

Launching November 12, 2019, Disney’s new streaming service will offer various exclusive content. A live-action “Lady and the Tramp,” “Timmy Failure,” and a live-action “Sword in the Stone” are already among the films slated for Disney+.

Which of these Disney movies are you most looking forward to in 2019? Let us know in the comments below!