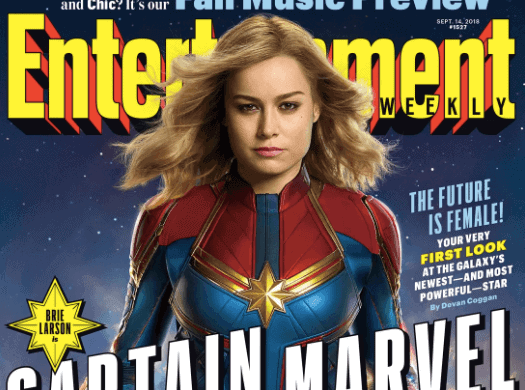 “Captain Marvel” graces the cover of the new Entertainment Weekly, offering the first official look at Brie Larson in character as the superhero. In addition, the magazine shared looks at Jude Law as Leader of Starforce, the Skrulls led by Talos, Lashana Lynch as Carol’s friend Maria Rambeau, and more.

In the highly-anticipated film, “Carol Danvers becomes one of the universe’s most powerful heroes when Earth is caught in the middle of a galactic war between two alien races.” The movie is set in the ’90s, allowing audiences to see a younger version of S.H.I.E.L.D’s Nick Fury (Samuel L. Jackson), who was digitally aged down for the role. 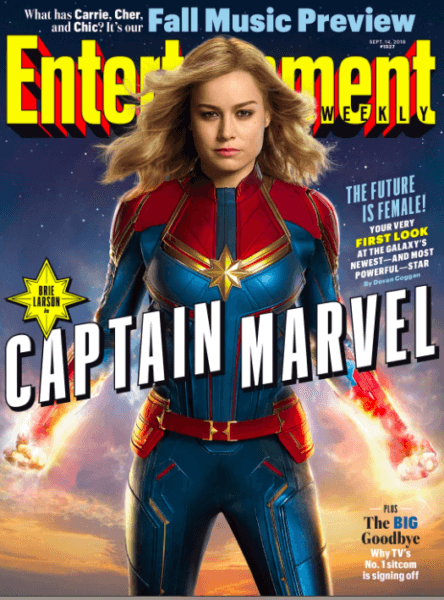 The arrival of Larson’s character was teased at the end of “Avengers: Infinity War” when Nick Fury sends a distress signal to Captain Marvel as Thanos wreaks havoc on the universe. She’ll appear in “Avengers 4,” but first we’ll see Captain Marvel in her solo film.