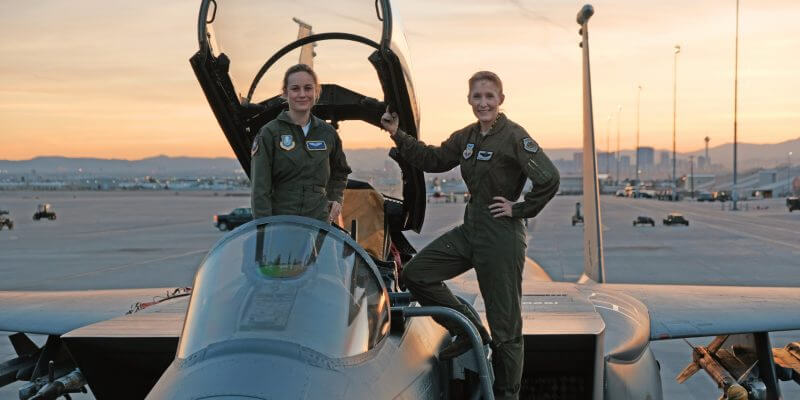 Buckle up, true believers! Today, Marvel Entertainment announced the beginning of principal photography on Marvel Studios’ newest movie, “Captain Marvel,” which will become the 21st feature-film entry in the Marvel Cinematic Universe when it sees release next spring. Any way you look at it, that’s a whole lot of Marvel!

“Captain Marvel” will star Oscar-winning actress Brie Larson (“Room,” “Kong: Skull Island”) as Carol Danvers, AKA the titular Captain Marvel, and is being directed by the filmmaking team of Anna Boden and Ryan Fleck (“Half Nelson,” “Mississippi Grind”). Filming is currently underway in Los Angeles before heading to Louisiana later on to continue production.

Production has begun on Marvel Studios' @CaptainMarvel…@BrieLarson receives instructions from Brigadier General Jeannie Leavitt, 57th Wing Commander, on a recent visit to Nellis Air Force Base in Nevada to research her character. pic.twitter.com/auLGXviDQE

Other “Captain Marvel” Cast Members include Samuel L. Jackson– reprising his role as Nick Fury from numerous prior MCU films, Ben Mendelsohn of “Rogue One: A Star Wars Story,” and Djimon Honsou and Lee Pace of “Guardians of the Galaxy.” Clark Gregg (“Agents of S.H.I.E.L.D.”) also returns to the big screen as Agent Phil Coulson for the first time since “The Avengers.”

The story follows Carol Danvers as she becomes one of the universe’s most powerful heroes when Earth is caught in the middle of a galactic war between two alien races.  Set in the 1990s, “Captain Marvel” is an all-new adventure from a previously unseen period in the history of the Marvel Cinematic Universe. 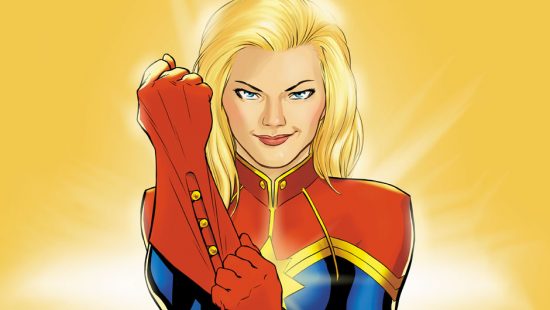 Related : You Won’t Believe Everything That’s Coming In ‘Captain Marvel 2’

‘Captain Marvel 2’ to Introduce New Villain – But WHO?