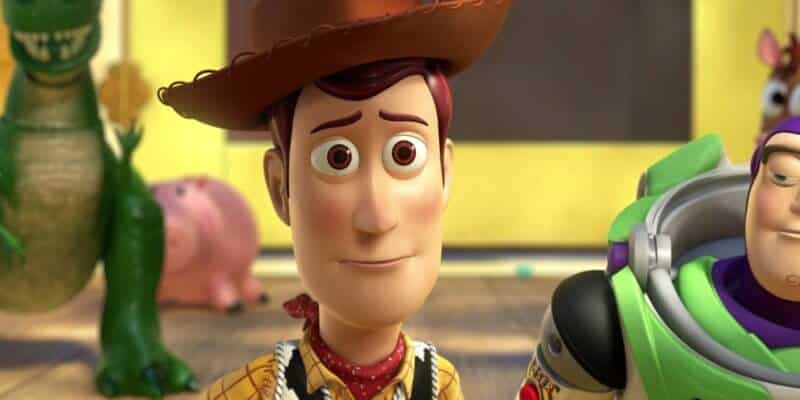 In an interview on the BBC Radio 2 morning talk show “The Chris Evans Breakfast Show,” Tom Hanks revealed the many emotions he felt recording the final scene of Disney/Pixar’s “Toy Story 4.”

The “Toy Story” films have been a beloved Disney/Pixar franchise since the first movie debuted back in 1995 when we first met Woody, Buzz, Jessie and all their pals from Andy’s toy box. Since then, the series has seen two more films and another coming in June 2019, which according to Tom Hanks, is going to be a “moment in history.”

On “The Chris Evans Breakfast Show,” Hanks, who famously voiced Woody in the film series, revealed that while recording the final scene of the movie he experienced very intense emotions, which caused him to look away from the crew during production. “It was the first time that we were going to be recording the end of the movie, and Toy Story [4] is going to have an impactful ending,” said Hanks.

“The way you record Toy Story, you’re in a room with the team that has created it. When I went in for my last day of recording, I wanted to have my back to them, because usually, you’re facing him so he can look right up and you can talk about it… But I didn’t want to see them and pretend they couldn’t see me,” said Hanks.

Not much news has come of the 4th edition of the film besides similar statements made by Tim Allen (who plays Buzz Lightyear) last month, who stated he “couldn’t even get through the last scene” of the film.

Hanks did not go into details about what caused such great emotional turmoil for both him and Allen. Fans will have to wait to experience this emotional roller coaster when it premieres in theaters next year on June 21, 2019.

You can listen to the clip of Hanks’ interview discussing “Toy Story 4” on “The Chris Evans Breakfast Show” here.

Are you excited for the upcoming “Toy Story 4” film next year? Let us know in the comments below!