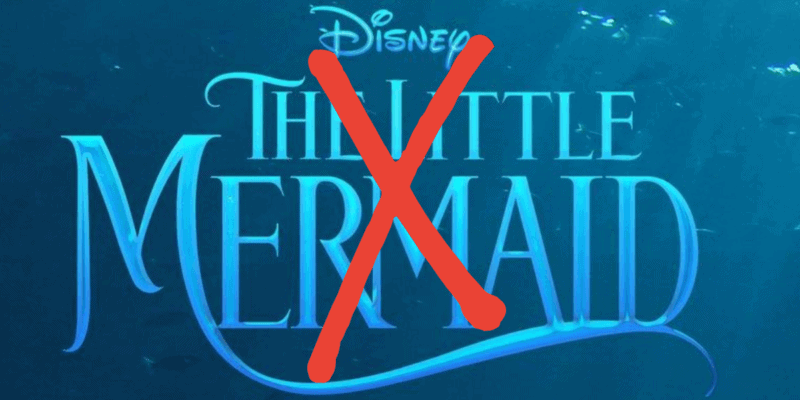 The Walt Disney Company’s live-action catalog is about to get a new addition. Joining the likes of Maleficent (2014), The Jungle Book (2016), The Lion King (2019), and Cruella (2021), The Little Mermaid remake will hopefully release sometime next year.

While not much is known about whether the adaptation will draw directly from its animated counterpart, 1989’s The Little Mermaid, information regarding the upcoming Disney movie has been steadily trickling in. Now, PETA (People for the Ethical Treatment of Animals) has issued an urgent plea to The Walt Disney Studio.

In 2016, it was reported that a live-action adaptation of The Little Mermaid was in early development with Moana‘s Lin-Manuel Miranda and Marc Platt co-producing the undersea adventure.

Director Rob Marshall was attached the year after and 2019 saw the full cast announced. The impressive lineup features the likes of Halle Bailey in the title role of Disney princess Ariel, Melissa McCarthy as the evil sea witch Ursula, and Javier Bardem as Ariel’s father, King Triton. Rounding out the cast are Daveed Diggs and Jacob Tremblay as Ariel’s sidekicks, Sebastian and Flounder, respectively, and Awkwafina as Scuttle.

Harry Styles was long rumored to play sailor and love interest, Prince Eric, but the role ultimately went to A Dog’s Way Home‘s (2019) Jonah Hauer-King. Filming rehearsals with the cast are underway — these set photos gave a first look at Bailey’s Ariel, who of course, was originally voiced by Jodi Benson — but the movie has recently come to a halt due to a reported COVID outbreak on the set.

With production well underway, Disney has now received a request from one of the world’s most vocal organizations. PETA stands by the notion “that animals are not ours to experiment on, eat, wear, use for entertainment, or abuse in any other way.” And while it is rather unlikely The Little Mermaid remake will feature real animals in its movie — we’ve seen excellent life-like CGI used in Jon Favreau’s The Lion King for example –, PETA’s urgent plea comes in the form of something else.

Out of concern for Ariel’s friends under the sea, PETA sent a letter to Disney today asking that the live-action Little Mermaid leave fish off the hook and offer only vegan food to cast and crew on the Sardinia set this summer. The group notes that the film’s star—Halle Bailey as Ariel—is already vegan and that fish-free dishes benefit the planet on top of sparing animals violent deaths.

The organization’s Senior Vice President, Lisa Lange, goes on to suggest that Disney should practice what they preach:

“Ariel would recoil with horror at the thought of eating her pelagic pals—and the 1989 film even includes a scene in which Sebastian the crab escapes a ruthless chef,”

In their letter addressed to Sean Bailey — the current President of production at Walt Disney Studios Motion Picture Production — PETA highlights their concerns regarding the making of The Little Mermaid.

Disney’s The Little Mermaid got it right in 1989—fish are intelligent, emotionally complex, and playful, and they experience pain just like we do. I’m writing on behalf of the many Disney fans at PETA and animal advocates everywhere to ask that the live-action production be completely Flounder-friendly by providing only tasty, vegan, fish-free food for the cast and crew on set.

The letter is wrapped up with PETA’s solution, imploring The Little Mermaid cast and crew to go vegan during the making of the new Disney remake. Referencing a character from the classic animated film, they said:

Sebastian famously reminded Ariel that “[u]nder the sea, we’re off the hook,” and the live-action remake of The Little Mermaid is the perfect opportunity to do him and all animals proud by offering only vegan craft service.

You can read the full letter here.

It will be interesting to see if anything comes from PETA’s plea to the House of Mouse, or whether they will even acknowledge the request at all.

The Little Mermaid is currently filming in Sardinia, Italy. The exact release date for the film is still to be announced.

Are you excited for The Little Mermaid‘s live-action remake?