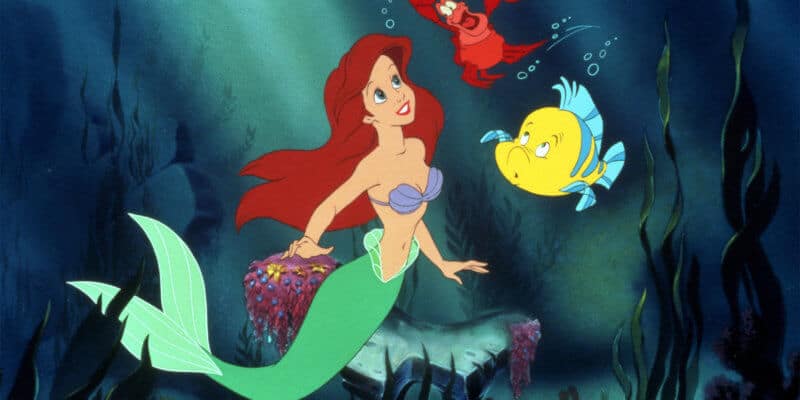 Disney’s live-action remake of the 1989 classic The Little Mermaid has been moving full steam ahead with filming. The cast recently went to Sardinia, an island off of the coast of Italy, to continue filming after beginning principal photography in England. Unfortunately, filming has had to pause due to a COVID-19 outbreak among a large number of crew members.

As of this writing, there have been 14 confirmed cases of positive COVID-19 on the set of the new Disney live-action remake The Little Mermaid. The new tests have confirmed that the crew members have contracted the new, highly contagious Delta variant of the virus. The Delta variant is spreading rapidly throughout the world and is responsible for a higher number of COVID cases.

Italian newspaper It Fatto Quotidiano first reported on the high number of cases that have affected the film set.

The set of the film “ The Little Mermaid ”, in Sardinia, has become a hotbed: 1 4 cases of the Covid Delta variant identified on as many swabs carried out in the area affected by the shooting. The sequencing of the variant was performed by the Microbiology and Virology laboratory of the Aou of Sassari on 15 swabs that had shown a different reaction from that typical of the English variant of Covid 19: of these, 1 4 are linked to the cluster developed within of the Disney troupe involved in the filming of the remake of the “Little Mermaid” starring actress Halle Berry, while the other concerns a person from abroad.

This number is concerning, as it is higher than the original number of reported COVID-19 cases on the set of the films that caused production to shut down on June 16. It is also disconcerting that the newly identified Delta variant is the strain that is making its way through the film crew.

Italy News 24 shared news of the original COVID-19 outbreak, which occurred just as a number of regions were relaxing their COVID-19 protocols since numbers had been declining throughout the county.

There are 13 cases of Covid confirmed among the operators of the troupe involved in the shooting of the Disney film “The Little Mermaid” in Northern Sardinia. “Among these there is a case of ascertained positivity of varying deltas, according to the tests carried out in the analysis laboratory in Cagliari”, explains Franco Sgarangella, director of the North Area Prevention Department of Ats Sardegna. “The other 12 are being sequenced in Sassari.” There are 60 members of the crew in quarantine. Among them, the first patient identified is hospitalized in Sassari in the infectious diseases department, but his health conditions are improving. All others so far have experienced mild symptoms. Meanwhile, in Trinità d’Agultu, where filming was in progress, the number of confirmed positives has risen to 22, while the people in quarantine are 84. Ats Sardegna and Assl of Olbia have started a screening on the population of Trinità d’Agultu and the epidemiological monitoring of the municipalities of Palau, Santa Teresa Gallura and Castelsardo.

It appears that the recent COVID outbreak has been contained to only crew members and no positive cases among cast have been reported at this time. The outbreak is a little surprising considering numerous safety measures are in place — including limited crew on set at any given time, PPE being worn by the crew members (and cast when possible), even during outdoor filming.

Recently, images were shared that showed Halle Bailey, who plays Ariel, and Noah Hauer-King, who plays Prince Eric rehearsing on an Italian Beach.

EXCLUSIVE: Halle Bailey pictured for the first time as Ariel as she films The Little Mermaid in Italy

EXCLUSIVE: Halle Bailey pictured for the first time as Ariel as she films The Little Mermaid in Italy https://t.co/vsS3aO67fE

Filming began in Sardinia in May and COVID-19 contact tracing began on June 6. It appears that only one crew member has been hospitalized at this time, with the rest of the positive crew members only experiencing mild symptoms.

Do you think film production should be halted until COVID-19 cases are lower? Let us know in the comments!