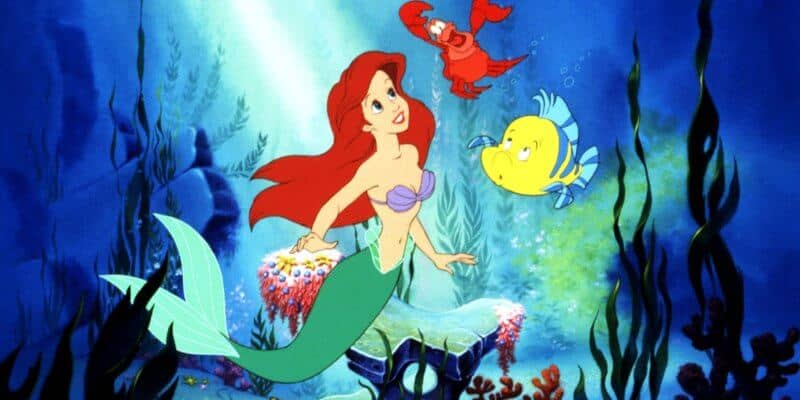 Filming of the live-action remake of The Little Mermaid is picking up steam and heading to Sardinia!

As reported by Variety:

Production crew of the hotly anticipated Disney pic, directed by Rob Marshall, is expected to start disembarking in Sardinia in coming weeks. The shoot will be moving from London’s Pinewood Studios to the small seaside village of Santa Teresa di Gallura, on the island’s northern coast, according to a local press report, which sources have confirmed. The area is known for its stunning, super clean seafront, rocky shore and Bronze Age artifacts.

This is the second confirmed location that has been revealed for the upcoming Disney remake.  Filming originally began earlier this year in Iver, England at Pinewood Studios, after production was initially shut down and delayed due to the COVID-19 pandemic.

King Triton actor Javier Bardem spoke to Columbian newspaper, El Tiempo, about what it is like filming during the pandemic.  As reported by The DisInsider, Bardem said:

“Well, it’s affecting because there’s nothing more than being on the hotel, then go to work… From work to the hotel, because that’s what should be done… All protocols are exhaustive, there’s a lot of care when they’re doing the tests every day, with the number of people on the set, which is considerably big. There’s a lot of protocols and honestly I feel safe. Other thing is when you leave the set, in my case I go home, same as the other production members, but I think that if all things are done properly, it could totally be a safe place.”

This is a really exciting step forward in the much-anticipated and much-discussed live-action Little Mermaid remake.  Years of cast and crew announcements have been made, beginning in 2016 with Lin-Manuel Miranda and Marc Platt being named producers on the film.  Miranda also completed the score of the film with Disney Legend, composer Alan Menken.

Staying in line with the film’s love of the sea and land, filming in Sardinia will follow what are known as Green Set protocols.  According to Variety:

“In line with its nature-friendly spirit, productions shot in Sardinia are made to respect so-called Green Set protocols to reduce their environmental footprint. The island offers financial incentives comprising a local co-production fund and hospitality cash rebate on top of Italy’s 30% tax credit (with a roughly $22 million cap), which also has a cash-back structure allowing producers to use 80% of the incentive while they shoot.”

There are several things we know so far about the live-action remake of the classic 1989 Walt Disney Animation Studios movie.

First, we’ve got the official release of an amazing cast that will bring The Little Mermaid to life.  Actress and singer Halle Bailey will play the titular mermaid, Ariel.  Actress and comedienne extraordinaire, Melissa McCarthy, will be playing the Sea Witch, Ursula (she can totally pull off purple!).  Daveed Diggs, known for his double-role as Lafayette and Thomas Jefferson in Miranda’s smash-hit musical, Hamilton will be playing Sebastian the crab — and the adorable Jacob Tremblay will play Ariel’s fishy pal, Flounder.

Finally, Raya and the Last Dragon star, Awkwafina, will bring Scuttle to life.

As far as the plot, it seems that the upcoming live-action remake will explore the relationship between Ariel and Ursula.  In the film, Ursula mentions in passing that she once lived in Triton’s palace.  While it is never mentioned again, one has to wonder exactly why and when she lived there — in the Broadway musical version of The Little Mermaid, Ursula and Triton are estranged siblings. Hopefully, the film will address this situation further.

Finally, we know that the score for the live-action film has been completed.  Alan Menken spoke to Rosie O’Donnell and told her that, even though production had been put on hold, he and Miranda had finished the score.  The new film will include versions of some of the original film’s classics, such as ‘”Kiss the Girl'”, but Menken also shared that he and Miranda had written four new songs for the film.  Prince Eric will even get his own solo!

While Disney has not announced a release date for the live-action remake, we are just excited to hear that filming is well underway, and we are slowly getting closer to an official debut.

Are you excited to see this new Disney remake?  Let us know in the comments!

Comments Off on Live-Action ‘Little Mermaid’ Heading to Mediterranean!