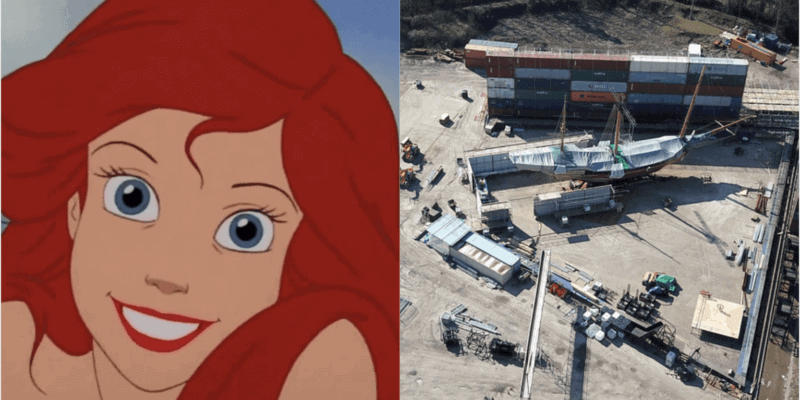 Disney’s live action remake of The Little Mermaid was set to start shooting in London earlier this month, which means sets had already been constructed for the first days of filming. With the production of the upcoming movie put on hold amid current global health concerns, these sets have now been completely abandoned for the time being.

Like Disney, who also temporarily postponed filming of Peter Pan & Wendy, Shrunk (the fourth installment in the Honey, I Shrunk the Kids franchise), and other upcoming films, Universal has shuttered all current productions.

Walt Disney Studios has not given a timeframe for when the live action The Little Mermaid will resume filming at London’s Pinewood Studios. The potential blockbuster is set to star Halle Bailey as Ariel, Jonah Hauer-King as Prince Eric, Jacob Tremblay as the voice of Flounder, and comedian Melissa McCarthy as Ursula.

There is, however, some good news for fans of Ariel and co. On March 22, composer Alan Menken confirmed that the score of the Little Mermaid remake has been completed. It will feature popular songs like “Under the Sea” and “Part of Your World” in addition to several new musical numbers.

In more potentially positive news, Disney Parks are now allowing online resort reservations after June 1. Although this is still two months in the future, it does mark a possible end to the current closures at Walt Disney World, Disneyland, and other Disney theme parks worldwide.

As previously stated, Disney Studios has not yet confirmed any news regarding when The Little Mermaid and other suspended productions will resume. It seems likely, however, that filming will start again near the time that health officials deem it safe for theme parks to reopen.

What do you think about the abandoned Little Mermaid ship set? Share your reaction in the comments!