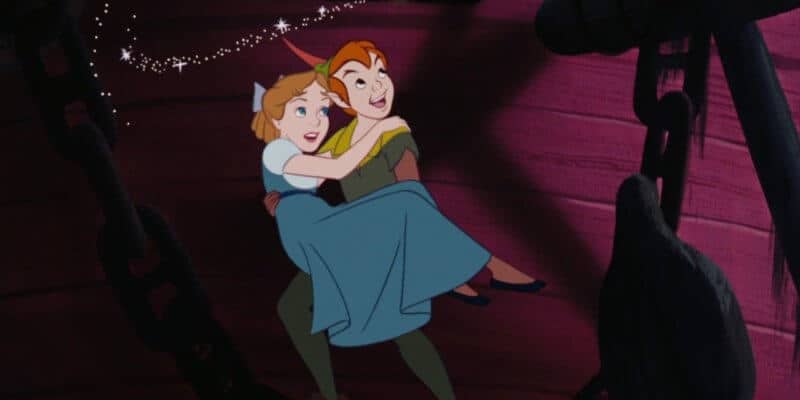 It looks like Disney has finally found their Peter Pan and Wendy for the upcoming live-action Peter Pan remake as the project moves closer to shooting.

Daughter of actor Milla Jovovich and director Paul W. S. Anderson, Ever Anderson has been selected to play Wendy. Previously Ever has had limited roles starring in Resident Evil: Final Chapter where she starred as the younger version of her real-life mothers’ character. In addition to this brief role, her acting career will really set into motion this year when she stars in the upcoming Black Widow movie as a younger version of the character made famous by Scarlett Johansson.

We have our Wendy, what about Peter Pan?

Relative newcomer Alexander Molony is set to play Pan and his previous credits include the British Sky One series The Reluctant Landlord. He’s also worked with Disney in the past in the Disney Junior series, Claude.

Disney’s original animated classic remains the most popular version of the story of Peter Pan and no other studio has managed to make a huge financial success of any live-action adaption.

We’ve also heard that Disney is pushing forward with a theatrical release over the original plan to release on Disney+. This is hardly a surprise given the huge amount of money that’s been generated by recent live-action remakes including The Lion King, Aladdin and with Mulan on the way and expected to do well despite the spread of Coronavirus.

The director of the Pete’s Dragon remake, David Lowery has signed on to direct the Disney Peter Pan remake. He’s also co-written the script with Toby Halbrooks and Jim Whitaker is producing.

Here’s hoping that Disney can make a success of the film and based on the casting of Peter Pan and Wendy, they are off to a good start.
It will be interesting to see who they cast for the likes of Hook, Smee and Tinker Bell. Many fans still want Reese Witherspoon to take that role on though Margot Robbie has been rumored!

Are you interested in this live-action retelling of the Peter Pan Story or will you be sticking to the original animated movie? Let us know in the comments below!