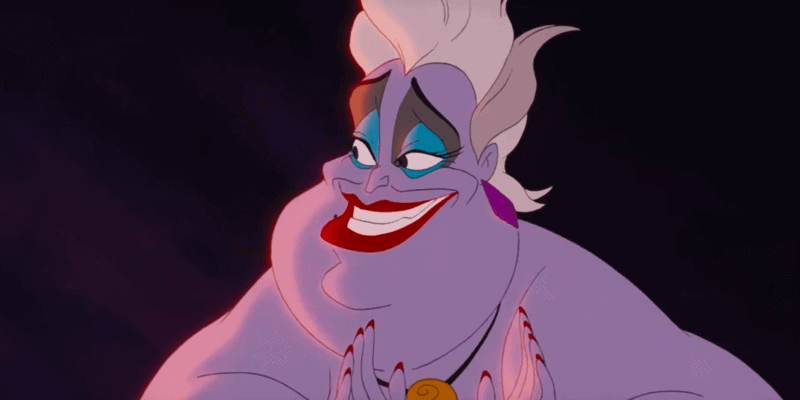 A new actor has been added to the cast of Disney’s live-action The Little Mermaid adaptation by Disney. The film, starring Halle Bailey, Javier Bardem, and Daveed Diggs, has already started production and is slated for release at a later date. Disney has not confirmed if the movie will release to theaters, as originally planned, or go straight to the Disney+ streaming platform.

The big news (or possible speculation) from Deadline broke yesterday as Jessica Alexander, of Netflix’s Get Even fame, was formally announced as a part of the cast (role unknown) and the article mundanely described Ursula as “Ariel’s Evil Aunt.” It sent Disney movie fans into a tizzy about possible plot complications for the upcoming film.

The small yet impressionable text in the Deadline article is exciting. Live-action movies by Disney often expand upon a character or two, in order to keep the film fresh and entertaining. Getting to see more or another side of Ursula most certainly scratches that itch, as well as giving Disney Villains fans more of what they crave.

Many Little Mermaid fans already accept Ursula as Ariel’s aunt, either by learning the script writing backstory of the animated film or seeing the touring production of Broadway’s The Little Mermaid. Ursula was originally slated to be Triton’s sister in the 1989 Walt Disney Animation Studios rendition and is part of Ariel’s family tree in the Broadway version of the classic fairytale.

But, furthering this canonized plot element in the live-action film would certainly give the royal relationship more heft.

Melissa McCarthy will be playing the iconic sea witch villain in the live-action film. Since production has begun, McCarthy has been giving insight as to how McCarthy will play the essential villain. She told People magazine:

“I have such an affection for Ursula. I know she’s the villain, but I’ve just always kind of been like, ‘Oh my god.’ I mean, she’s kind of delicious to play,” McCarthy said.

“I’m just kind of doing it as if I could be like the vaudevillian night club act that lives in my heart,” she added of how she plans to fulfill the role. “It’s just so fun, you can’t go too far with her and I’m excited to see it.”

While Deadline’s tiny tidbit made waves in the general film community, as well as among movie fans, many Little Mermaid enthusiasts glazed over the announcement. This is because, as mentioned, Disney’s Broadway musical already featured the familial relationship between the mermaid and the octopus.

Those unfamiliar with Urusla’s Act One song would be shaken by some of its lyrics, as Ursula describes murdering her other six sisters and not caring for her father, Poseiden, as he ages:

Ursula:
When I was a kid, A squirmy little squid
I was number seven born of seven little girls
Seven little pearls
Pretty as could be, Perfect to a “T”
All except for me!

Ugly as a slug, Hideous to hug
Daddy found me loathsome and disgusting I could tell
They all got adored, I just got ignored
Plus, to ease his guilt, a magic shell

Used to belong to my Papa Poseidon. Full of lethal hexes and spells, my little sea-snakes. The perfect gift for a spurned dangerously unstable child…

Ursula also sings about her youngest brother, King Triton, who “stole” the throne from her as well as control of all earthly water bodies. It is finally time for her to exact her revenge. When you think about it, this is a wonderful Broadway-style song, giving a much-needed backstory to a villain who seemed to always be evil, with no specific ax to grind against their foe.

Entertainer Pat Carroll has long been identified by her dark and sultry voice, which Disney thought was perfect for Ursula. Even know, when fans hear Ursula’s iconic laugh, they immediately know it’s her — and we have Carroll to thank for it. After a harrowing (and long) audition experience, Pat Carroll recorded her famous voice for Ursula’s lines and songs in the late 1980s. Her voice is used even to this day used in theme park attractions, game shows, video games, and other productions such as nighttime spectaculars. Carroll continues to lend her pipes to Disney’s recording studios when Ursula is needed, though she is now over 90 years old. 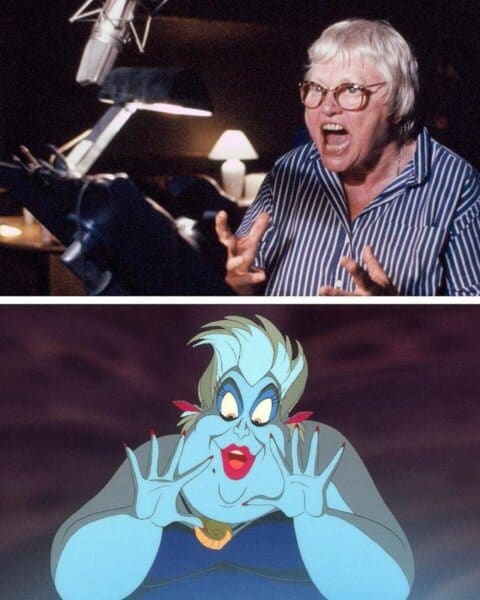 Do you already accept Ursula as Ariel’s evil aunt? Leave us a comment below!