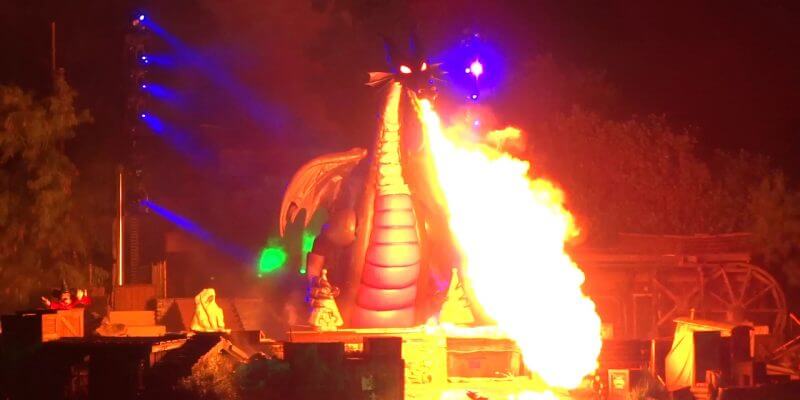 Thousands of park guests, cast members, and VIP Disneyland fans gathered along the newly-rerouted Rivers of America to witness the grand premiere performance of “Fantasmic!” and the reception could not have been more enthusiastic.


Prior to the show, I was able to chat with Disneyland representative Mirna Hughes (along with the star of “Fantasmic!”, Mickey Mouse himself) to discuss what’s new, what’s returning, and what elements are sure to give audience members goosebumps during the nightly extravaganza.


And just before the performance began, Disneyland Ambassadors Mikey Trujillo and Alexa Garcia climbed aboard a raft with the Jambalaya Jazz Band to sing “Happy Birthday to You” to the park, with the help of the large crowd waiting for “Fantasmic!” of course.


“Fantasmic!” will be performed twice nightly through the remainder of the peak summer season at Disneyland. Be sure to visit the park’s official website for more information and ticketing resources.

Comments Off on VIDEO – “Fantasmic!” makes its official return to Disneyland on the park’s 62nd birthday