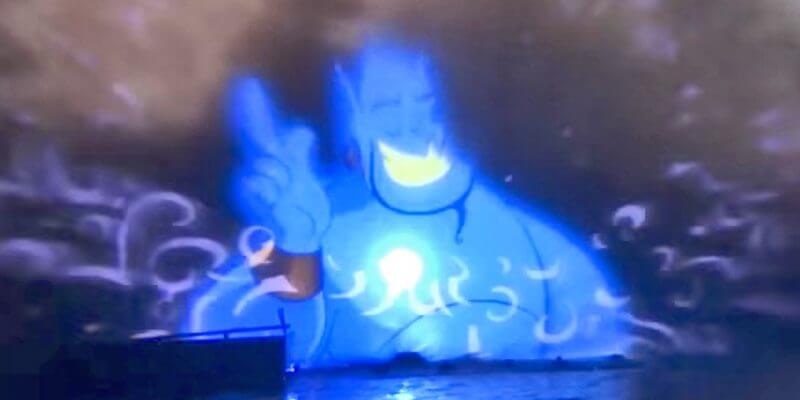 During the Disney Parks presentation yesterday, fans attending the D23 Expo 2017 were delighted to find out that the popular Fantasmic! show at Disneyland would be making its return a couple days earlier than previously announced and all in attendance could receive reserved viewing tickets to watch the updated performance.

The long-running nighttime spectacular along the Rivers of America now features scenes based on “The Lion King,” “Pirates of the Caribbean“” (with pirate ship and Jack Sparrow stunt show), and “Aladdin” (with flying carpet).

We’ll return on Monday to bring you much more from its official debut, but for now here’s a sneak peek:

If you want to watch the whole updated Fantasmic! show now before it officially debuts, we have that for you as well: