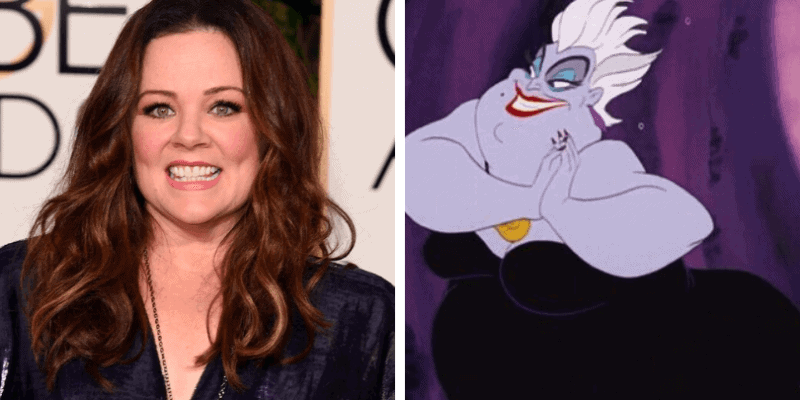 Melissa McCarthy appeared on the Ellen Show to talk about starring in the upcoming Disney live-action remake of The Little Mermaid.

While the film is still in early stages of production, McCarthy explained how she was already having a ton of fun getting ready for her role.

“I play Ursula, the sea witch. It is so fun, we’re just in rehearsals. It’s been an absolute blast. Stepping into the world of Rob Marshall, it’s like a fever dream, I just went to London for a week, I was like, ‘I don’t get to go to dance camp for a week.’ All day he’s like, ‘Do you want to slide down this 40-foot clam shell?’ I’m like, ‘Yes! Of course I do. What are you, crazy?’ It’s been wildly creative.”

You can watch the full clip from the Ellen Show right here:

Related: Harry Styles reveals why he turned down role in “The Little Mermaid”

Original Film Composer and Disney Legend, Alan Menken, will team up with Lin-Manuel Miranda to give new life to the timeless songs written by the late great Howard Ashman. Menken and Miranda will also add four original songs to the soundtrack. There’s no word if any of the songs from The Little Mermaid Broadway version will appear in the film.

McCarthy will be the latest actress to play Disney‘s famous sea witch. Originally voiced by Pat Carroll in the 1989 animated film, Ursula was most-recently played by Queen Latifah in Disney‘s “The Little Mermaid Live!”

Did You Know: Melissa McCarthy did voice-over work for Disney Channel’s Kim Possible?

McCarthy provided the voice to a Kim Possible side character named Amy Hall.

Are you excited to see Melissa McCarthy play Ursula in Disney’s remake of The Little Mermaid? What do you think about the rest of the cast? If you could cast any character in the movie, which actor or actress would you pick for the role and why? Let us know in the comments!