OTD: Disney's "The Little Mermaid" Took Broadway "Under the Sea" for the first time! - Inside the Magic 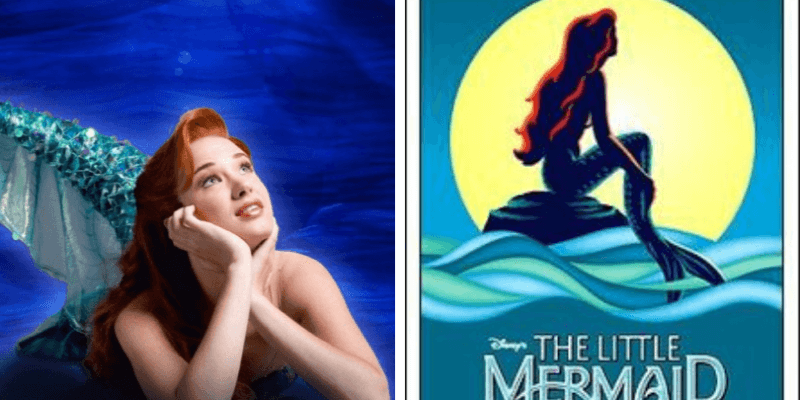 12 years ago today, Disney premiered the Broadway version of its animated classic, The Little Mermaid at the Lunt-Fontanne Theatre in New York City. It became the fifth Disney broadway show, and while it had a relatively short run, it released a cast recording that rivaled the original.

The Little Mermaid on Broadway

The original Broadway production of The Little Mermaid opened at the Lunt-Fontanne Theatre on January 10, 2008, ultimately running for 685 performances. The show starred Sierra Boggess as Ariel, Sean Palmer as Prince Eric, Norm Lewis as King Triton, Tituss Burgess as Sebastian, and Sherie Rene Scott as Ursula.

Along with a fantastic cast, the show incorporated several tricks using lighting, wires, and fabrics to create the feeling that we were, in fact, under the sea. Beginning with an extended version of “Fathoms Below,” the musical gave us the movie we know and love with fantastic stage direction and unforgettable musical numbers. Especially, Tituss Burgess’ version of “Under the Sea.”

Related: Broadway at Sea: Spectacular Shows that Await You on the Disney Dream

“What did they change?”

Because a Broadway show is longer than an animated film, Disney’s creative team added more songs to extend out the show. Lyricist Glenn Slater joined forces with Alan Menken to fill in for the late great Howard Ashman. Once she loses her voice, Ariel does not remain mute for the rest of the show. She sings songs meant to be asides, moments where we see and hear what a character is thinking but none of the other characters can.

Some of the most memorable musical numbers include:

Sadly, this show closed years ago and remains one of Disney’s most underrated Broadway shows.

In case you want to dip your feet in, here’s the cast recording of “Under the Sea”:

Comments Off on OTD: Disney’s “The Little Mermaid” Took Broadway “Under the Sea” for the first time!