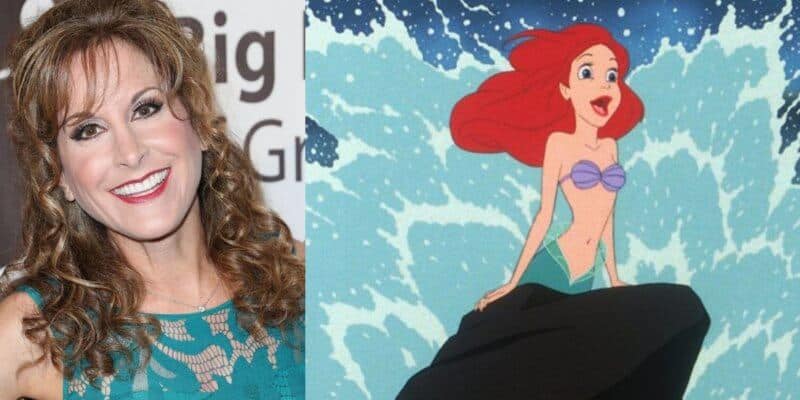 In honor of the 30th anniversary of one of the most beloved and popular Disney animated films ever, ABC and The Wonderful World of Disney will air a spectacular, live musical event showcasing The Little Mermaid.

We already know that the line up includes Moana star Auli’i Cravalho as Ariel, Shaggy as Sebastian, Full House star John Stamos as Chef Louis, Graham Phillps as Prince Eric, and Queen Latifah as Ursula. But now we have even more reason to be excited!

Jodi Benson, who provided the original speaking and singing voice of Ariel, announced on Facebook that she, too, will be involved in the live musical spectacular. Benson said that fans can look forward to her giving a special welcome message during ABC’s The Little Mermaid Live!

Jodi Benson wrote “So blessed to be a part of our celebration on ABC Tuesday night The Little Mermaid Live event for our film’s 30th Anniversary! Tune in and dive “Under The Sea” with me!”

ABC and The Wonderful World of Disney is describing this one-of-a-kind spectacular as:

This special tribute to the original animated classic and its timeless music will take viewers on a magical adventure under the sea as live musical performances by a star-studded cast will be interwoven into the broadcast of the original feature film. This never-before-seen hybrid format will feature beautifully intricate sets and costumes, with music from the original animated film and the Tony Award®-winning Broadway stage version, originally composed by eight-time Oscar®-winning composer, Alan Menken. Howard Ashman’s iconic film lyrics will also be showcased, while lyricist for the Broadway adaptation, Glenn Slater, will contribute to the star-studded spectacular.

Disney fans, including myself, are looking forward to seeing live musical performances by this star studded cast, which airs on November 5th on ABC.

Are you excited to see Jodi Benson make a special appearance during this spectacular live musical event? Let us know in the comments.

Comments Off on Jodi Benson, original voice of Ariel, to appear in ABC’s “The Little Mermaid Live!”