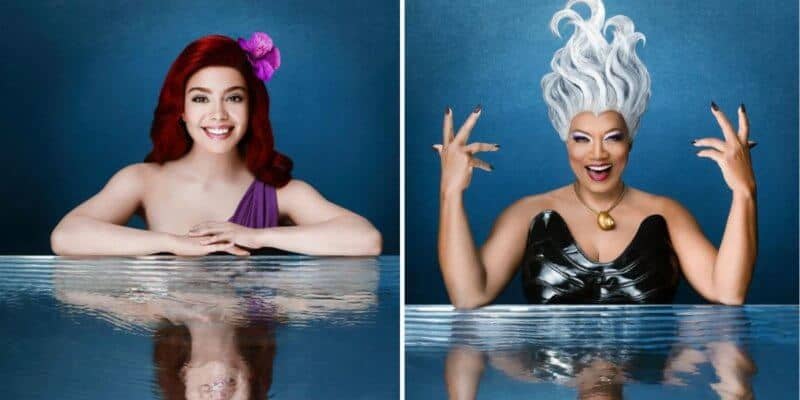 The Wonderful World of Disney and ABC present The Little Mermaid Live! and have a phenomenal cast lined up for the television special. ABC has announced Moana star Auli’i Cravalho as Ariel, Shaggy as Sebastian, Full House star John Stamos as Chef Louis, Graham Phillps as Prince Eric, and Queen Latifah as Ursula.

We are so excited to see how ABC and The Wonderful World of Disney pull off this spectacular, live musical event showcasing The Little Mermaid, in honor of the 30th anniversary of one of the most beloved and popular Disney animated films ever.

ABC has given us a sneak peak at all of the celebrities in their costumes with official portraits of the cast and we are even more excited to see the live musical event when it airs.

ABC is describing this live event like nothing anyone has ever seen before:

This special tribute to the original animated classic and its timeless music will take viewers on a magical adventure under the sea as live musical performances by a star-studded cast will be interwoven into the broadcast of the original feature film. This never-before-seen hybrid format will feature beautifully intricate sets and costumes, with music from the original animated film and the Tony Award®-winning Broadway stage version, originally composed by eight-time Oscar®-winning composer, Alan Menken. Howard Ashman’s iconic film lyrics will also be showcased, while lyricist for the Broadway adaptation, Glenn Slater, will contribute to the star-studded spectacular.

Personally, I am not sure what to make of the upcoming The Little Mermaid Live! but I will say I am excited to see what’s to come — whether it is a cheesy broadway stage version or a phenomenal live musical event.

The Little Mermaid Live! airs on November 5th on ABC.