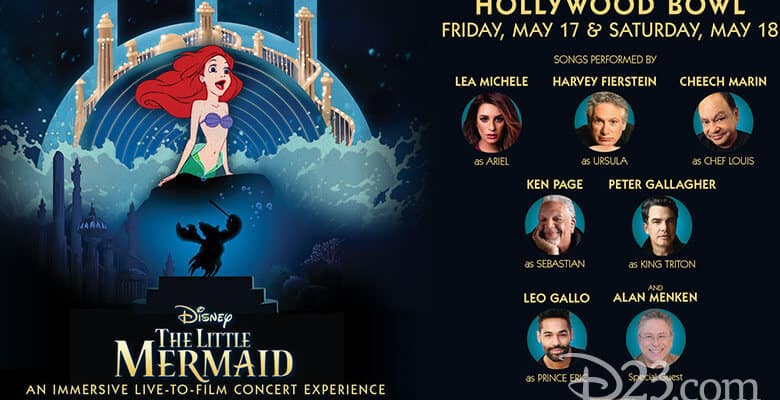 Get ready to journey under the sea with Ariel and friends as the fan-favorite “The Little Mermaid” at the Hollywood Bowl returns on May 17 and 18, 2019.

During the two-night concert event, the venue will be transformed into the Hollywood Fish Bowl Dive-In Theater, immersing guests into Ariel’s undersea world. Here’s more on the experience from D23:

To recreate the feeling of an underwater night out at the “dive-in,” in addition to the feature film, this evening will include a full program of aquatically-themed previews of coming attractions, nostalgic animated snack bar commercials, and the 1938 Silly Symphony cartoon “Merbabies” featuring the world premiere of a live original score composed and performed by 17-year-old piano sensation, Emily Bear. Audiences are also invited to participate in a Little Mermaid-themed costume contest and unique photo opportunities to get them in the spirit before the show starts. 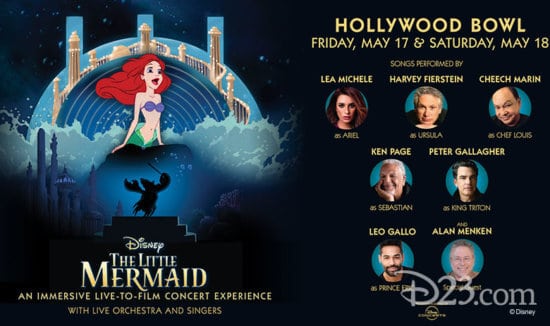 In addition, the award-winning creative studio Mousetrappe is returning to project new animated “living scenery” onto the façade of the Hollywood Bowl.

This sounds like a can’t-miss experience for “Little Mermaid” fans — in fact, we wish the show would travel to other cities, too! But for those in the Los Angeles area, tickets to The Little Mermaid at the Bowl go on sale to the general public here on Friday, April 5 at 10:00 AM PDT.