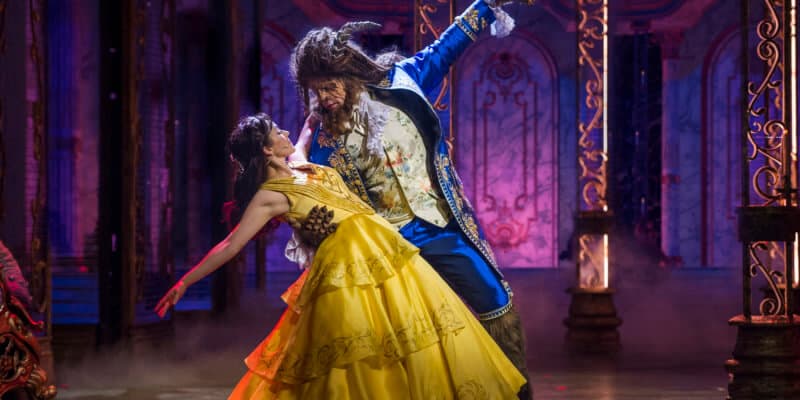 Disney Cruise Lines offer an absolutely magical voyage, and much of that magic comes from each ship‘s onboard broadway-style shows performed in the grand Walt Disney Theater.

While Disney Cruises offer legendary experiences across the Caribbean with unforgettable shore excursions, the Each cruise ship in Disney’s fleet boasts her own lineup of incredible shows to enjoy, all done to the Disney Standard. Here are the three shows aboard the Disney Dream that are bound to be loved by kids and adults alike.

Overview: Behold the most magical highlight reel you could ever imagine and the perfect way to make the most of your first night at sea. Dressed up like an awards show, your first show after leaving Port Canaveral is The Golden Mickeys. It begins with your very own walk across the Red Carpet into the theater. Feel like a star as you catch the eye of the cameras. But when the show is about to commence, the Master of Ceremonies fails to show up, and a timid Stage Manager now has the change to fulfill his dream. She steps up to host the event and learns to believe in herself along the way.

The awards are distributed to classic Disney characters categorized appropriately as “Most Heroic” or “Most Romantic,” and according to Disney Cruise Lines, features songs from the following movies:

My Perspective: Settling into my seat, I have to admit, I was a little worried about what I was about to watch. Don’t get me wrong, the pre-show was really cool! We walked the red carpet and guests were pulled aside for some interviews from the “paparazzi.” It truly feels like you are attending an awards show. But, I was still concerned about the state of the show and if they were going to be respectful to the classic Disney songs and stories appearing in the medley. Thankfully, my worries were quickly eliminated and the show is enjoyable for even the most purist Disney fan.

Out of all the songs performed in the medley, the crowd favorites were from Tarzan, Lady and the Tramp, and Toy Story 2. But if your favorite was featured at any point in this show, I would venture to say you will be pleased with how the songs are delivered on stage.

Overview: Presenting a father/daughter story that tugs at everyone’s heartstrings as you sail on to Castaway Cay. We are brought into the home of botanist and workaholic Dr. Cornelius Greenaway and his daughter Sophia. The good doctor is so entrenched in his work that he forgets his daughter’s birthday! In her desperation to have her father see beyond his hedges, she makes a wish, and Aladdin’s Genie comes to the rescue.

Genie then takes Dr. Greenaway on a magical journey through several Disney stories. Greenaway soon discovers that magic isn’t just a made-up fantasy, but something very real that brings him and his daughter closer again.

This show includes songs from the following Disney movies:

My Perspective: I’m a huge Aladdin fan. But, even after putting that bias aside, I still have to rank this show above the other Disney medley, The Golden Mickeys. While it was cool to experience the awards show/broadcast vibe, I think that more Disney fans will appreciate this show and like seeing the Genie featured in this lead role and the overall call to believe in magic. I am also the father of a 12-year-old, so I also connected deeply with the entire father/daughter story. Because of the story’s power, the songs hold a lesser, more-supportive role and it’s hard to pick which number was my favorite.

Overview: For the first time ever, Disney’s beloved Broadway musical based on the academy-award-winning classic is brought aboard a Disney Cruise ship. Capping an already impressive lineup of shows, the tale as old as time takes the stage with the same Broadway caliber and is sure to warm the hearts of even the toughest beast on the ship. One of the most highly-anticipated shows for Disney Cruise Lines is finally here!

My Perspective: Disney Cruise Lines definitely saved the best for last. This production of Beauty and the Beast won the prestigious Brass Ring Award for Best Theatrical Production. And, trust me, it is well deserved! This show ROCKS! As a veteran cruiser of not just Disney Cruise Lines but also its competitors, I can say without a doubt this was the best live show I’ve seen aboard any cruise ship.

The best part of the show was the “Be Our Guest” number. It was my favorite scene in the original animated movie, and I was once again concerned about how the scene would suffer from performance limitations. I was not disappointed at all, and at the end, I joined the rest of the audience as we erupted in a standing ovation.

“This was the best of the live shows I’ve seen aboard a Cruise ship.”

Watching Beauty and the Beast at sea, I found a new level of appreciation for the quality Disney Cruise Lines has brought aboard their ships. While other live shows on other cruise ships stop at “good,” Disney continues on in pursuit of excellence. For me, good is not enough. But with Beauty and the Beast, it was clear that Disney truly accepted the challenge to be great.

Are you ready to book your own Disney Cruise Vacation and experience the Disney Life? If so I highly recommend you check out our friends at Academy Travel. They will not only make sure you have the most magical of vacations but you will also get a cool gift (gifts chance seasonally) just for booking with them. Click here for more details and a no-obligation quote.

Have you seen any of the shows featured on a Disney Cruise? Which are your favorites? Let us know in the comments!

Comments Off on Broadway at Sea: Spectacular Shows that Await You on the Disney Dream