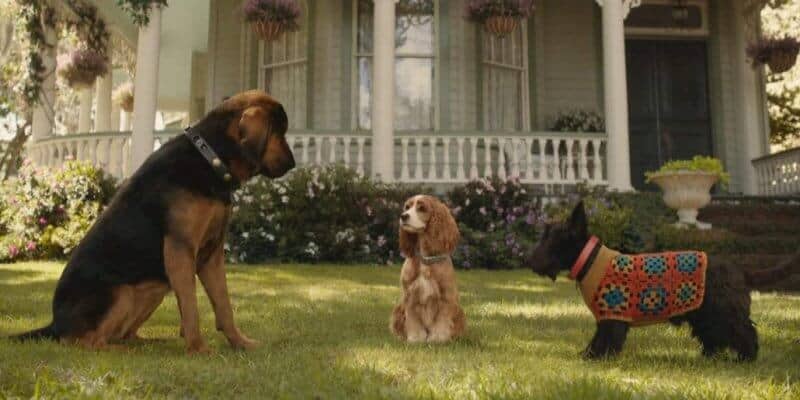 Of all the animated Disney feature films that have been morphed into live-action remakes over the last five years (and there have been many of them), perhaps the most iconic yet is Lady and the Tramp, set to debut on the Disney+ streaming platform on November 12.

The original animated feature was released in theatres in 1955 and showcased the vocal talents of jazz singer Peggy Lee as Darling and Peg, radio and stage actress Barbara Luddy as Lady, comedian Larry Roberts as the Tramp, radio comedian Bill Thompson as Jacques and voice actress Verna Felton (Flora from Sleeping Beauty and Fairy Godmother from Cinderella) as Aunt Sarah.

Based on the book Happy Dan, the Cynical Dog by Ward Greene, Lady and the Tramp was Disney’s 15th animated feature film—the first one to be filmed in the CinemaScope widescreen film process. Because it is an iconic staple in Disney’s animated feature film history and because of its lofty place in classic Disneyana, fans wonder how the live-action adaptation will honor the original—even those who are anticipating its release next week.

Diehard Disney fans point out that Walt Disney was still alive and very much an instrumental part in the production of the 1955 classic, and because of this, they want to be sure the soon-to-be-released reimagining of the film will honor the classic original that inspired it.

It was with this history in mind that when I visited the set of Lady and the Tramp last year I wanted to understand the goals and mindset of the actors who are responsible for remaking this classic. Did they have as much reverence for the original as I? What was going to change and what is staying the same?

If keeping close to the original storyline is the litmus test for honoring the classic, the live-action remake of Lady and the Tramp not only honors the classic; it reveres it. There are a few ways in which it does this.

The storyline has largely stayed the same

The 1955 Lady and the Tramp tells the story of a little cocker spaniel named Lady that Jim Dear gifts to Darling for Christmas and follows her story as she grows from a puppy to a dog old enough to get her license to a young dog who struggles to understand her place in the family once the new baby is born. Her adventures with an unlikely fellow—Tramp—make up a bulk of the film as we watch the two fall in love, save the baby’s life and ultimately have a family of their own.

The live-action remake of the movie keeps very close to this storyline. So far, we can’t detect any significant ways in which the story has been changed.

There are a few iconic scenes in the original 1955 film. One is the scene at the very beginning of the film in which Darling unties the bow on a hatbox to reveal a little cocker spaniel puppy inside. The second, and hands-down most iconic scene, is the spaghetti scene in which Tramp and Lady are seated at a table just outside Tony’s Restaurant where they share a plate of spaghetti while Tony and Joe sing “Bella Notte.”

As you can see above both of these iconic scenes made it into the live-action remake of Lady and the Tramp, and Disney fans couldn’t be more thankful. Not only are the scenes in the film, but the spaghetti scene was done with such painstakingly spot-on attention to detail, that the preparation for the 30-second scene took over two months. And the result is something Disney fans of all ages can be proud of.

Even a few “Walt” references

Over sixty years ago, when Lady and the Tramp was being produced, Walt was instrumental in bringing the film to life. After the success of Snow White and the Seven Dwarfs in 1937, Walt felt strongly that the animated feature film was the way of the future. For this reason, he began telling old stories with a Disney spin to them—what we call the classics today. And since he is not here to have a say in the remake of this classic, directors and set designers for the new film went out of their ways to bring little touches to the film that would create some Walt nostalgia as a way of honoring him. 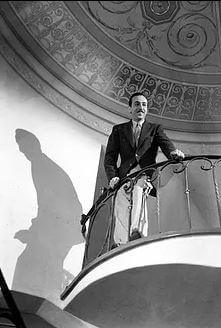 “Walt really loved this turn-of-the-century period,” said John Myhre, Production and set designer for the film. “In a lot of his live-action films from the fifties, there are trains, riverboats and trolley cars.”

Myhre says that adding those extra touches was a way of honoring Walt in the new film.

“We thought, ‘let’s try to get all of those iconic [items] in here,’” Myrhe recalled. He says that Charlie Bean, the director of Lady and the Tramp, began to write these things into the script one at a time.

Myrhe admitted, “those are all very much nods to Walt Disney and to Disneyland and to this life that [Walt] loved.”

Each of the many cast members I had a chance to talk to gave their own unique take on the gravity of the film and need to honor the classic from which it was based. I’ve spoken of these comments in other articles on the topic but to briefly summarize Yvette Nicole Brown in discussing her role as Aunt Sarah, humorously recalls a conversation with her Mom which she was having doubts about taking on a role that requires a lack of love for the canine cast.

As a dog lover herself she almost didn’t accept the role because she understood what the role required. In addition to her wise mom’s advice “This is Disney so you are going to accept the part.” I learned that if you can even call this a change it would be the awareness that today’s audience includes more animal lovers than in the past and its a modern retelling of the classic story that accounts for our collective worldview.

That couldn’t be more evident than in the one area of the story that does change. Darling played by Kiersy Clemons has an opportunity in the movie to be a hero to Tramp in a way that you won’t find in the original. Without giving away spoilers as to how this positive role unfolds it is perhaps the biggest change in the retelling of the story.

Again, if staying close to the story of the original film and to certain elements that made it a classic are the earmarks of honoring that classic, the new version of Lady and the Tramp honors the classic and keeps it in high regard. Every actor shared how the appeal of the movie is the classic Disney story and how they wanted to keep it as true to the original as possible. And that’s something many fans of Walt and his beloved classics can be thankful for, and proud of, as they enjoy the latest remake, set to debut on Disney+ on November 12.

Comments Off on Does the ‘Lady and the Tramp’ remake honor the iconic Disney classic?