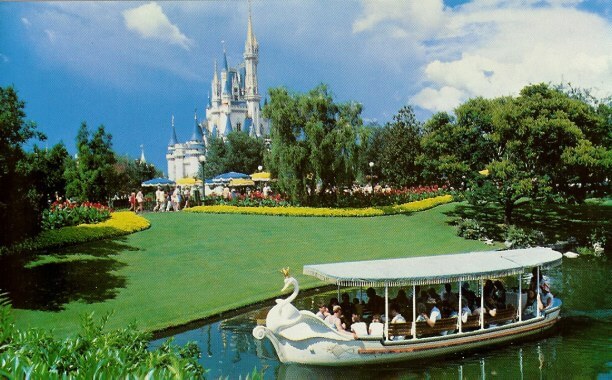 Walt Disney World’s Magic Kingdom, in Central Florida, has changed quite a bit over the past 45 years. Attraction tickets are long gone. The park has expanded and added new attractions. During that process, several favored features have been retired.

One such area that has evolved, yet essentially remained the same, is Main Street USA. This throwback to turn of the century America looks quite different than it did on opening day in 1971. The theme remains the same, complete with commemorative tributes, dining delights and lots of shopping.

While there have been many improvements and additions over the years, there are a few things that we miss. Journey back in time to E tickets and when admission was only $3.50 to enter the Magic Kingdom, reminisce with us on the seven wonders of Main Street past we miss the most:

This photogenic shop was first sponsored by GAF. This shop offered film processing, camera, camera supplies and photo tips. Other sponsors of this Main Street shop included Polaroid and Kodak. Under Kodak, guests could get free use of a disc camera with the purchase of film. Today the location is home to the Main Street Confectionary. 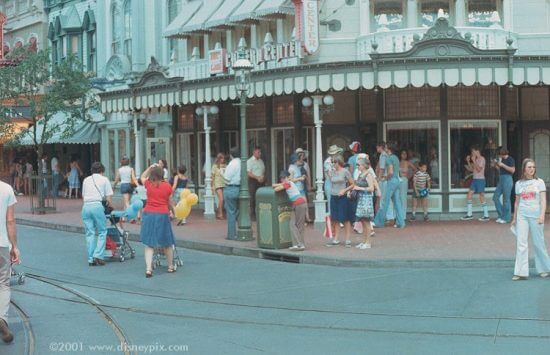 2. Side Streets and smaller shops

Today the Emporium can be likened to a large department store – taking up an entire side of Main Street. Before the mega Mickey merchandise mecca managed to sprawl down the entire street, there were several smaller shops and even matching alleyway (to the one across Main Street). These included the New Century Clock shop, Cup and Saucer, Christmas Shop, Tobacconist,  and, in the alleyway, the Greenhouse, which sold plants and flowers. Also located on this street were the Penny Arcade and Harmony Barbershop (relocated today). 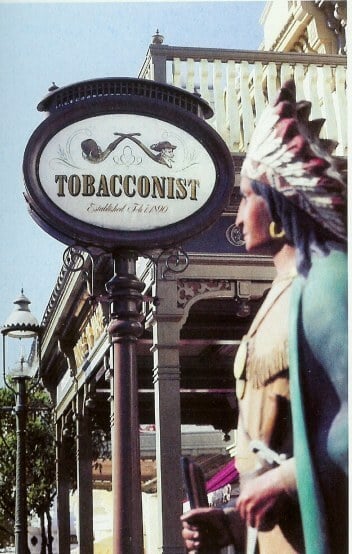 Main Street still has a few remaining attractions (trains, trolleys, autos, fire engines,  and busses) which run early and/or late in the day depending on crowd sizes. These various antique vehicles are not the only attractions to call Main street home. In addition, to the Main Street Cinema (listed below), the Swan Boats are now just another much missed ride. Opened in 1973, these 26 passenger watercraft originally required a “D” ticket. Easily recognized by the large white swan perched on the bow of each boat, these fabled fowl found their way around the Hub moat and into Adventureland and back. This leisurely ride ran for only ten years before the attraction was permanently closed.

A version of this delightful distraction still entertains guests at Walt’s original Disneyland Park in Anaheim California. The Florida fun was finished when the Emporium was expanded. During its operation (October 1971 to March 1995) guests could play arcade games for a quarter or watch moving picture machines for a penny. The arcade was also home to the first penny press in the park. 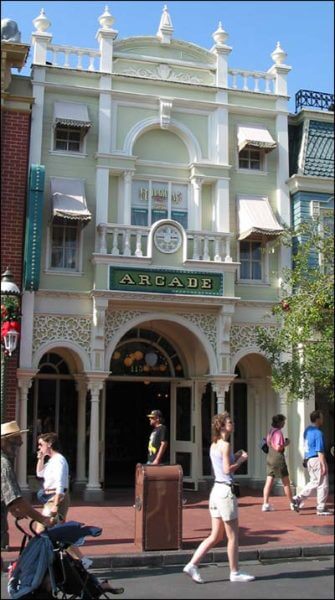 Showing classic early Disney cartoons, like “Steamboat Willie,” this opening day attraction required a “B” ticket when it first opened. A great spot to beat the heat and take in short cartoon, the Cinema evolved into a gift shop in 1998 (now the Art of Disney), though one of the original screens remains and still shows various Disney cartoons and clips of other Disney parks. 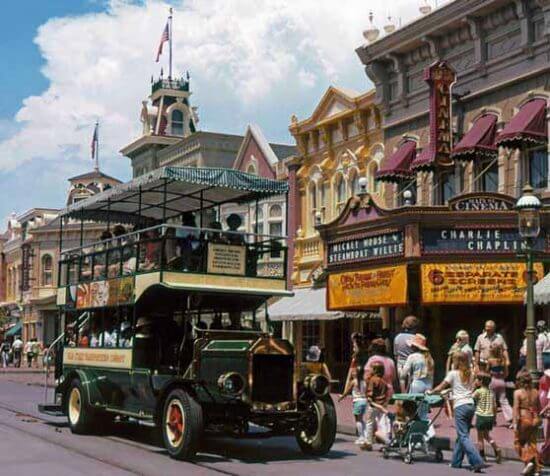 When this Disney biopic opened in 1973, under the sponsorship of Gulf Oil, it was a free (no A-E ticked required). The 23 minute film, narrated by Walt himself (from interview clips) was shown to guests until 1992, with a few interruptions. Just before EPCOT Center and again just before the Disney MGM Studios opened, the theater served as a preview center for the soon to open new parks. The area is now used as a queue area for a meeting with Mickey Mouse. Upon exiting the theater, guests would pass through another amazing, but long gone, Main Street staple – the Disneyanna Collectables Shop.

This small, dark shop opened in October of 1971 and was a personal favorite. Various gag gifts and magic tricks were sold here along with masks and tombstones. It was a small slice of Halloween opened year ‘round. Fiendishly fun finds like fake arm casts, magical smoke tricks (which produced the illusion of smoke emitting from the users fingertips), monster masks, and much more.  Sadly this creepy cool store was swallowed up by the Main Street Athletic Club in 1995.

While the Magic Kingdom continues to grow and evolve adding new experiences along the way, we cannot help but wax nostalgic over these long gone memories of a simpler (and less crowded) time.

What are some of your early Main Street memories?  Did you have a favorite shop or attraction?  Please share your story in the comments below.