Main Street is themed to represent small-town America at the turn of the 20th century, right around the time Walt Disney was born. But did you know there’s a specific backstory to the land involving a recent world exposition and its marvelous inventions?

The 1893 Chicago World Exposition, also called the Columbian Exposition, was of personal interest to Walt because his father had worked as a carpenter on that expo. You’ll find discrete mention of this expo in the candy shop. Look to the side wall behind the cash registers to find a framed artist drawing of the expo, with its name splashed across the top. The idea, you realize slowly, is that the various wooden toy models on the shelves of this shop, as well as the elaborate candy conveyor belt in the ceiling, are meant to represent innovations seen by the candy shop owner while at the expo, and brought back to his own shop. 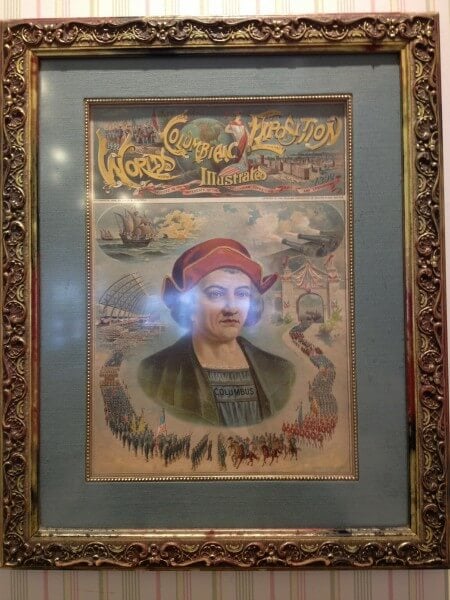 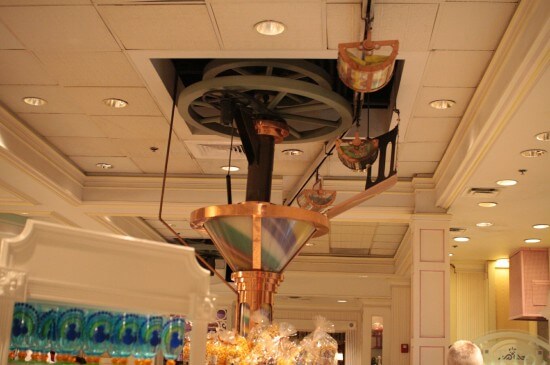 Look next to the crystal shop, where the walls and shelves are decorated with several items that mention 1893, Chicago, or the World’s Fair directly. A red glass atop this display case has the right year engraved on it. 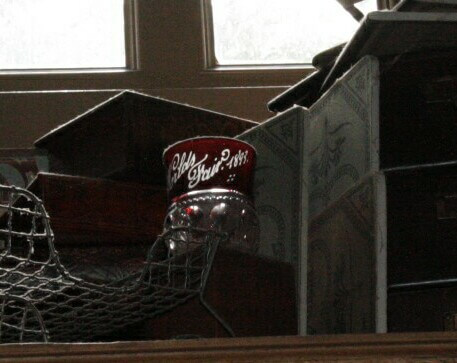 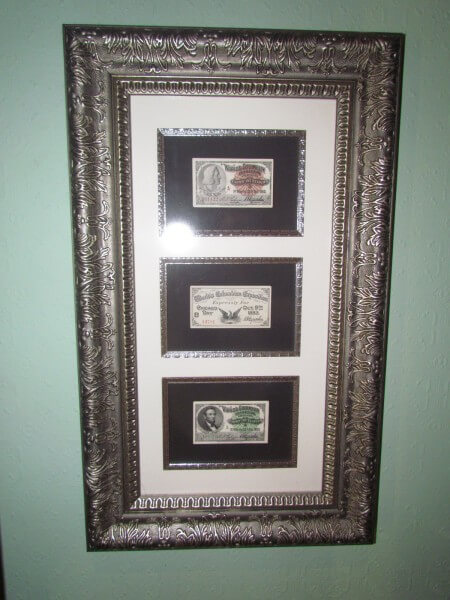 This photo not only shows the actual building used for the Fair, but labels it as such, as well. 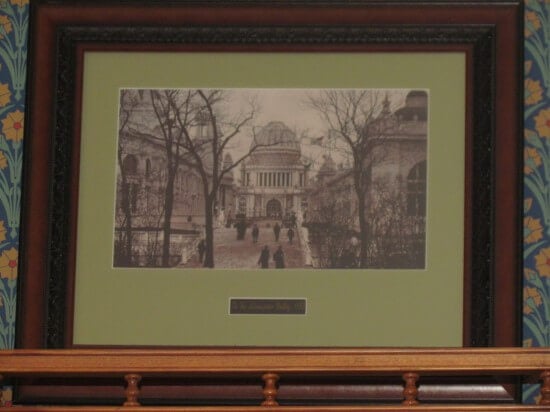 This stereoscope shows the World’s Fair building in Chicago as seen as nighttime. 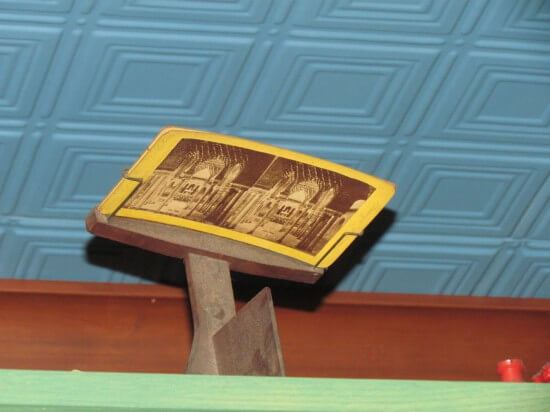 Finally, head to City Hall and look behind the counter to see a large mural of a busy convention hall. It may not be labeled as the Columbian Exposition, but there’s a dead giveaway in the form of the Corliss engine–the very innovation mentioned by name in the American Adventure (which also visits the Columbian Exposition for its show scene with Susan B. Anthony, Alexander Graham Bell, and Andrew Carnegie). 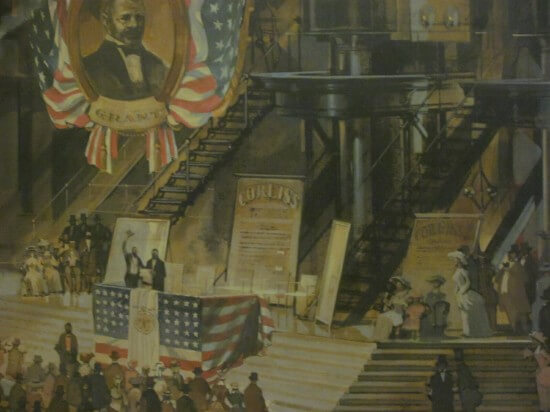 If you like D-Tales, you’ll love Kevin Yee’s book Walt Disney World Hidden History (second edition, 2014). This softcover book tracks Disney “hidden history” — remnants of former attractions and tributes to Imagineers as well as other Disney officials — hiding in plain sight in the parks. There are over 300 entries in the book! Whether tribute or remnant, each item discussed starts with something visible in today’s parks; the idea is that this is something you could visit and see with your own eyes, and then appreciate the historical thinking behind it. Since most visitors aren’t local, the book includes a photo of every item discussed so you’ll know what to look for. The book has a digital counterpart with the Kindle version. (You can also read a Kindle book on PC or Mac even without a Kindle device – the software itself is free.) 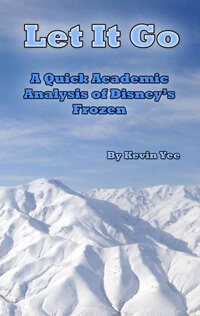 Kevin is also the author of the recently-published book Let It Go: A Quick Academic Analysis of Disney’s Frozen. This 66-page softcover examines the movie from multiple angles: its theme of isolation, the status of femininity, its targeting of young girls specifically, and even its appeal to the LGBT community. The book also includes the complete text of Hans Christian Andersen’s Snow Queen story, which was the original inspiration for Frozen (although much of the plot is different).

Comments Off on D-Tales #9: World’s Fair history hidden up and down Main Street USA at Walt Disney World