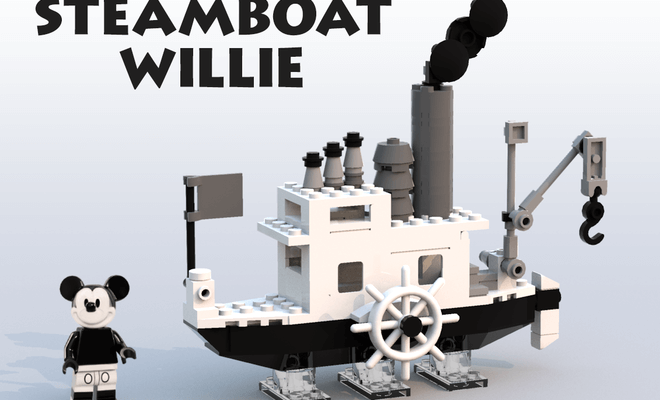 The 1928 classic Disney cartoon “Steamboat Willie” was also a historic milestone as it was the first cartoon to include sound.  Now, some 88 years later, this whimsical watercraft is attempting to navigate the waters on the path to become an official Lego kit.

This Steamboat Willie kit is not yet for sale and may not even make it to that point.  This 156-piece kit was designed by Lego fan szabomate90 and was submitted as part of the Lego Ideas program.  In order to even be considered for production, the kit has to reach 5,000 supporters in approximately six months.  After that goal is reached the project is reviewed by Lego for production (one big hurdle there would be licensing from Disney). The model (is) designed to be tiny, easy to build and playable. You can put Mickey Mouse inside the boat also you can play with the cranes. –szabomate90