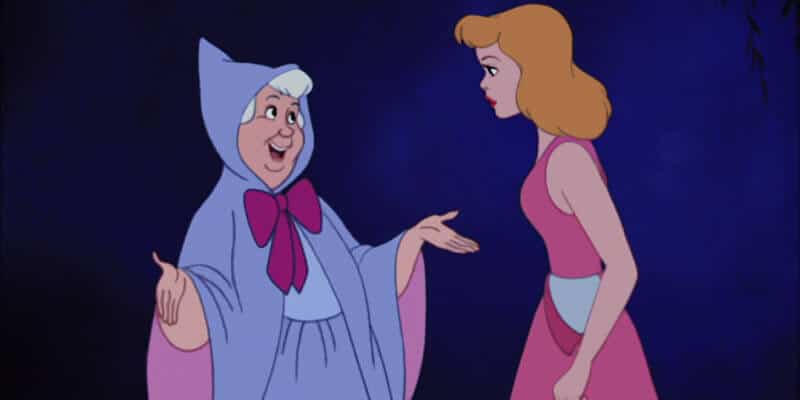 We don’t need a rainy day. We don’t have to be sick in bed. Anytime is a good time to watch a Disney film. The timelessness of the classic stories and adventures draw us in and keep us coming back for more–parents, children and childless millennials alike. What is our attraction to them?

Whether it’s a movie with all animals, or a movie like Snow White, The Hunchback of Notre Dame, Monsters, Inc. or any other Disney or Pixar movie, there’s just something more to a story with a Disney name on it. Each one teaches us something–adults as well as children, given we adults can find the child inside us and share the Disney magic with him or her as well. Over the years, watching Disney movies has afforded us wisdom and insight, whether from the great works of Walt’s genius or from Pixar’s incomparable handiwork. Here are some of the most popular Disney and Pixar animated films and the lessons we’ve learned from them.

True beauty is on the inside – Beauty and the Beast

“But she warned him not to be deceived by appearances, for beauty is found within.” – Narrator

Belle taught us to never judge someone’s character or a scenario based solely on an outward appearance. And if we fail and judge someone, we should look again. Beast was true to his name–a creature with a beastly and monstrous appearance. What could Belle ever possibly see in him? Watching the “tale as old as time” of a princess and a beast taught us that Belle had it right: she saw everything in Beast, including love and a future, and she grew to love him despite his ghastly appearance.

And they lived happily ever after. Minus that beastly curse, of course.

Let your background neither define you nor hold you back. – Ratatouille

“You must not let anyone define your limits because of where you come from. Your only limit is your soul.” – Chef Gusteau to Remy

I’m not saying that a rat serving up the finest food in a French gourmet kitchen is my bag, so I’ll think of Remy not as a rat but as someone with goals and hopes and dreams. He goes a step further and is also someone with the passion and dedication to hard work that will be needed to bring those dreams to reality.

But Remy risked being held back by his background, by his identity, by where he came from. Regardless of his talents, he’s denied certain opportunities just because he doesn’t fit the mold. As a society, some are denied opportunities, experiences, etc., simply based on their background.

But Ratatouille teaches us that doing so is so disastrously wrong. So no, I don’t want a rat in my kitchen, but this Disney movie teaches us that when someone has a talent, a gift, an ability, we should look at them for who they are now, not who they once were or where they’ve come from.

Keep on dreaming, keep on believing, in spite of all that junk you’re going through. – Cinderella

“No matter how your heart is grieving, if you keep on believing, the dream that you wish will come true.” – Cinderella

Of all the Disney princesses, there was no one more hopeful, more determined to keep believing, to keep her wishes, no one more deserving of a dream come true, than Cinderella. I don’t know about you, but if I had been in her shoes–the black ones, not the glass ones–I think I would’ve been tempted to give up on my dreams. I might have been tempted to just accept the leftover destiny, rather than the one I dreamed of for me (think blue beads and pink sash). Cinderella was so deserving of her carriage, her dress, her Godmother and ultimately her prince. And she landed it all because she never stopped dreaming or believing.

“You are more than what you have become.” – Mufasa to Simba

In much the same way Gusteau told Remy not to limit himself because of his beginnings or his background, Mufasa wanted very much for Simba not to forget his beginnings. Simba was fooled by his uncle–a power-hungry villain who would stop at nothing to steal the crown from his own brother. He was deceived into believing terrible things about himself. But Mufasa knew the truth—the truth about what happened during the stampede and the truth about Simba’s potential and his rightful place as King of the pride.

Simba had forgotten–for a moment–and he had to be reminded about who he was. He had to realize that there was so much more to him than he was allowing himself to be. And on that breakthrough day when he finally accepted the truth about who he was, he also took his rightful place as heir to the throne.

“Always let your conscience be your guide.” – Jiminy Cricket to Pinocchio

How would it be if each of us truly thought before we acted or spoke? What if we let our consciences be our guides? What a different world it would be–in daily interactions, in business, in relationships. But there are some who seem to lack a conscience of any kind. The world would still be vastly different—in a positive way—if everyone with a conscience put it to good use, instead of trying to ignore it or run from it. Pinocchio teaches that.

Never, ever give up. Your miracle just might be over the horizon (or around the next coral reef) – Finding Nemo

In Finding Nemo, Dory is as much a protagonist as any other character. She carries the story in so many ways. She has every reason to not keep swimming—a lacking memory, only a few friends, no family—but she’s not going to let those things stop her. Finding Nemo taught us to never give up—especially since we might just be on deck for something amazing—our turnaround, our deliverance, our rebirth.

“There’s a great big hunk of world down there with no fence around it.” – Tramp to Lady

Lady and the Tramp is an amazing movie. Ok, so Tramp was a little rough around the edges. He had some things he needed to work on. He had some commitment issues. He was wild, and he needed Lady to keep him grounded, but Lady needed Tramp because Tramp is the one who taught her that it was ok to step outside of a restrictive comfort zone—to keep learning, keep experiencing, keep growing. (Dory could have played a cameo role in this “just keep” sequence.)

Be nice or hush up – Bambi

“If you can’t say somethin’ nice, don’t say nothin’ at all.” – Thumper, repeating what his Mama taught him

Sad that we needed a Disney film to teach us this. It’s too bad that we speak out of anger, frustration, meanness at times. The world would be more gumdrops and lollipops if we spoke words of kindness, encouragement hope and peace over others—and held our tongues when we were feeling less than kindly. The tongue is a double-edged sword, and we’ve got to remember to use it for good.

Being just a little crazy is a good thing. Oh, and it’s fun too. – Alice in Wonderland

“Sometimes, I’ve imagined as many as six impossible things before breakfast.” The Queen of Hearts to Alice

You won’t hear this particular quote in the animated Disney film from 1951. Instead, you’ll find it in the inspiration for the film–Lewis Carroll’s Alice Through the Looking Glass. And if you’ve read the book or seen either of Disney’s versions (the animated or the live-action film), you’ve probably picked up on the fact that the villainous Queen of Hearts must have had an anger management issue. In every scene of the film, she’s mad. And then she’s mad—as in crazy—just like the other characters in Wonderland.

But we’ve got to give the angry queen a few points, at least for this quote. In this part of the story, the Queen tells Alice that she isn’t really getting the most out of her life unless she routinely dreams up impossible, imaginative, non-sensical and creative things. It’s kind of like Walt said: “It’s kind of fun to do the impossible.”

True love really is forever. It truly has no end. – Up

“Thanks for the adventure—now go have a new one.” – written by Ellie to Carl in her adventure book

In the last scene of the film, Carl Fredrickson sits in his armchair, looking through the book titled “My Adventure Book.” Ellie has already passed away, and Carl is heartbroken. He looks through the book, slowly turning the pages and looking at each photo of his beloved wife. When he comes across a picture of a vacation brochure for Paradise Falls, onto which Carl had affixed a picture of his house, making it look like his house was sitting on the plateau above the falls, he notices the words at the bottom of the page—“Thanks for the adventure. Now go have a new one. Love, Ellie.”

True love really does last forever. Not even death can stop it.

Which Disney movie is your favorite when it comes to the lessons it teaches? Let us know in the comments section below.