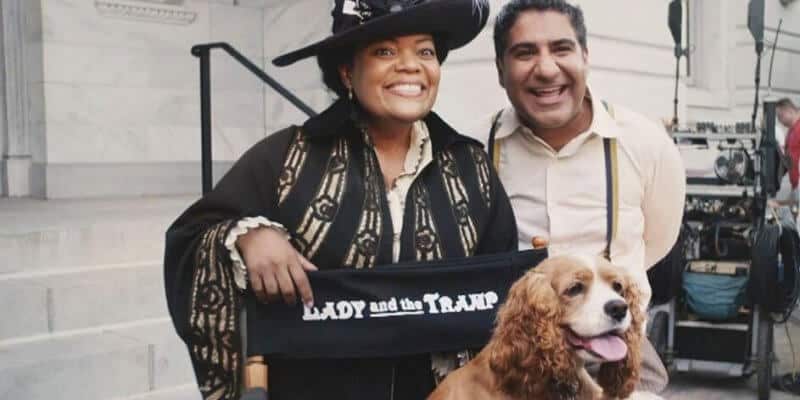 Disney’s live-action reimagining of the 1955 animated classic Lady and the Tramp debuts next week, and one of its stars says Disney fans need to rethink the villain part of the film.

Community’s Yvette Nicole Brown plays the part of Aunt Sarah in the upcoming live-action remake and says that contrary to popular belief, her character is not the villain in the story of the cocker spaniel Lady and her ragamuffin Tramp.

“I feel that [Aunt Sarah] is the star of the story,” Brown explained. “Without her, Lady doesn’t meet Tramp, so let’s just change our perspective.”

In the original 1955 classic, Aunt Sarah arrives to stay with Jim Dear and Darling’s newborn baby when the couple leaves town for a few days. She arrives with her suitcase, her mischievous Siamese cats and her dislike for dogs. In the original film, it’s Aunt Sarah who demands that Lady be fitted with a muzzle at the pet shop because she barks too much. Later in the film, it’s also presumed that Aunt Sarah is responsible for chaining Lady to her doghouse.

Fans don’t yet know if Aunt Sarah will bring her Siamese cats along this time, and if she does, they may not be referred to as Siamese at all. The trailer doesn’t give us that insight. We know that a cast of real dogs is used, and almost every dog in the movie has a unique story of being rescued. We also know that the iconic spaghetti scene made the cut, so even if fans have to forgo those evil Siamese cats that were part of the Disney original movie, most are fine with that, so long as they get the spaghetti scene. Spaghetti and meatballs–just to clarify. (That’s probably how Walt would have wanted it too.)

Yvette Nicole Brown joined the cast of Disney’s latest live-action remake last year. It’s her first Disney role—one she says she almost didn’t take because Aunt Sarah’s character isn’t a dog lover, and Brown says that’s just not her. But after getting a pep talk from her own mother about embracing this Disney opportunity, Brown says she conceded and happily moved forward with filming.

Brown joins a star-studded cast in the upcoming Lady and the Tramp remake by Walt Disney Pictures that debuts on November 12 exclusively on the Disney+ streaming platform. Voice talents include Tessa Thompson, Justin Theroux, Janelle Monae, Ashley Jensen, Sam Elliott, and others. Kiersey Clemons plays Darling, and Thomas Mann portrays Jim Dear. F. Murray Abraham plays the part of Tony, and we just announced that Ken Jeong will play the role of Joe, the doctor who delivers Darling’s baby.

Do you think Aunt Sarah is the villain in Lady and the Tramp? Let us know your thoughts in the comments section below.