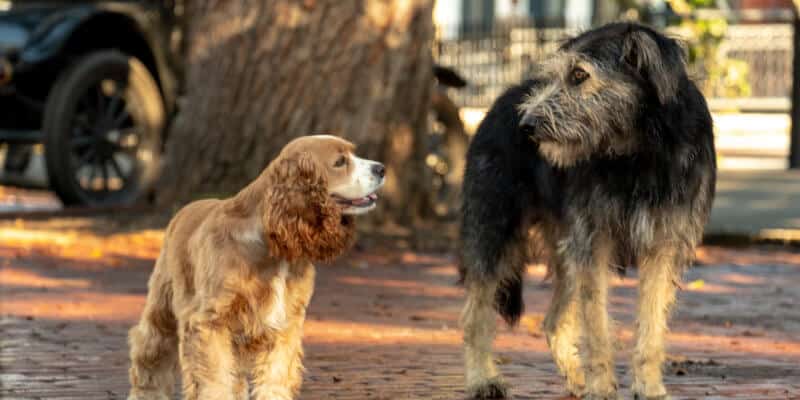 The upcoming live-action release of Disney’s Lady and the Tramp will vary from other live-action remakes. Not only is the reimagined version keeping very close to the original storyline of the 1955 classic, but this particular live-action film is the first of the remakes to debut exclusively on the new Disney+ streaming platform, rather than at the box office.

Why would Disney make such a decision?

By most accounts, an Academy Award nomination and an Oscar win are the tell-tale signs of a great film. But the Academy has very specific requirements that must be met in order for a film to be nominated. One of those requirements implicitly states that the film cannot have its premiere outside of a theatrical run. An initial film screening on television or online renders a film ineligible for nomination.

Therefore, the release of Lady and the Tramp via Disney+ on November 12 will immediately disqualify the film for any Oscar nominations. Ever.

Again, why would Disney make such a decision?

Before we dive into the why it’s important to note that Disney did not make the decision flippantly. On the contrary, the move to debut the new film on Disney+ was done calculatedly—the old “method to the madness” adage applies here. And we don’t have to tell you that the move was motivated by the almighty dollar. But the way in which that dollar will be earned when it comes to the live-action version of Lady and the Tramp differs from the way in which films earn millions at the box office.

And that’s exactly what Disney is banking on.

Lady and the Tramp will help to usher in a new form of distribution—Disney+ serving as that new distribution powerhouse—and not the other way around. It’s the first original movie to premiere on the streaming platform. At the outset, it seems that a box office premiere would be far more lucrative than a Disney+ premiere, and that might be true if we’re looking solely at earnings based on the film’s performance. The success of Lady and the Tramp will lend itself to the overall success of the new streaming platform, thus potentially being more successful in the long run than a theatrical release might have been.

But Disney is “betting the farm” on its new streaming service, as the entertainment giant understands that to maintain its competitive edge, it must go in the direction of streaming because streaming is the way of the future. In much the same way kids of today’s generation have no idea what a VCR or VHS tape is, it’s highly likely that the next generation will have little to no concept of a DVD or Blu-Ray. As streaming services become more popular, the need for DVDs will become less popular.

Because Disney has so much to gain from the new Disney+ service, it makes sense that Walt Disney Pictures would choose the debut of a remake of a well-known classic film to promote its new service. The hope is that a simultaneous launch of the live-action version of Lady and the Tramp and the streaming service itself will yield high numbers of initial subscriptions beginning on November 12 when the service goes live.

By now, most Disney fans know that if they hope to see the new film, they’ll have to stream it via Disney+.

“It’s cool to be first,” explained Lady and the Tramp director Charlie Bean. “I think the service is going to be incredible; there’s so much unbelievable content that’s on there.”

The content will be pretty spectacular. In addition to original films like Lady and the Tramp, Disney+ will be the exclusively home of the new Star Wars: The Mandalorian series, High School Musical: The Musical: The Series, Noelle which was initially slated for theatrical release, a series of brand-new Pixar SparkShorts, Pixar’s new prank show, Pixar IRL, a new Star Wars series starring Ewan McGregor called Kenobi, as well as the massive Disney library of animated films, live-action films, animated shorts, as well as exclusive Star Wars content, Marvel content, National Geographic content and more.

The success of Disney+ would be a win-win for fans and shareholders alike. Disney’s ultimate goal—and arguably the greatest mark of the platform’s success—is to become Netflix’s stiffest competition and ultimately its successor.

Kevin Mayer, Chairman of the Direct-to-Consumer and International Division at the Walt Disney Company may have his fingers crossed for the success of Disney+ more than anyone. That’s because he has spent much of his time lately working on what some say could become the crown jewel at Disney. The success of the new streaming service could be used to measure Mayer’s success at his post.

And because Mayer is one of the Disney execs being eyed for the position of CEO when Bob Iger steps down in 2021, the success of the new streaming service is very important. It could be what propels Mayer into the frontrunner’s spot for consideration as the time for Iger’s resignation draws closer.

So now the question becomes why wouldn’t Disney make the decision to forgo that theatrical release and instead debut Lady and the Tramp on the new Disney streaming service?

Do you think the new live-action version of Lady and the Tramp would do better at the box office, or do you think that the potential for the long-term success of Disney+ will be more lucrative? Let us know in the comments section below.