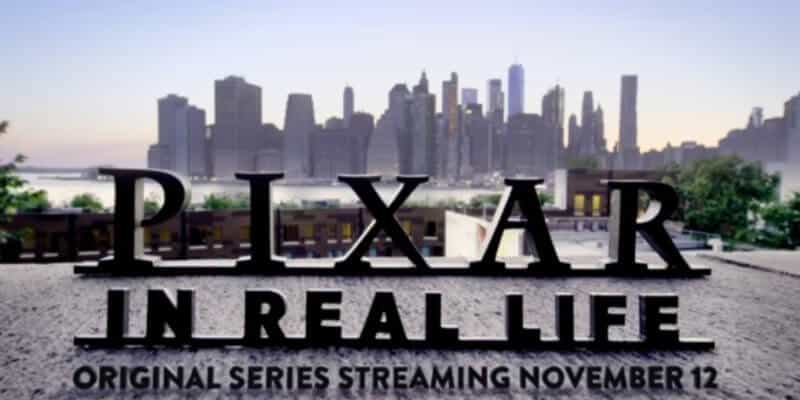 Pixar will debut a new show when the Disney+ streaming service launches on November 12, and it’s going to be amazing!

The trailer for the new series dropped today, and it only makes us want to watch it more!

The fun new show called Pixar IRL (In Real Life) brings animated Pixar characters to life! You might call it a bit of a Pixar live-action remake of projects.

Imagine walking down a busy street in a metropolitan city and seeing WALL-E sharing the crosswalk with you! What would you do? Pixar rounded up some hidden cameras and some amazing actors and asked the same question: “What would Pixar fans do if they were confronted by the real-life version of their favorite Pixar characters?”

And the responses are hilarious. They are epic. They are in real life!

Pixar IRL has been likened to professional cosplay. Pixar characters that were once only 3D computer-generated images on the big screen have been transformed into real-life characters that interact with people in everyday life going about their own business.

Characters like Russell from Pixar’s Up, Hank the septopus from Finding Dory, and Dash Parr from The Incredibles interact with people on the street and in the park, and their reactions to the characters are priceless.

Pixar IRL will debut on the same day the Disney+ streaming service becomes available to the public. Pixar will have a heavy presence on the new streaming service, as it will also showcase new shorts from the Pixar SparkShorts initiative, a new film inspired by Bo Peep from Toy Story called Lamp Life, a 10-part animated series called Forky Asks a Question and more. This is in addition to all the classic original Pixar movies we’ve come to love over the years.

Have you subscribed to Disney+ yet? Which Pixar film franchise are you hoping to binge-watch? Let us know in the comments section below.