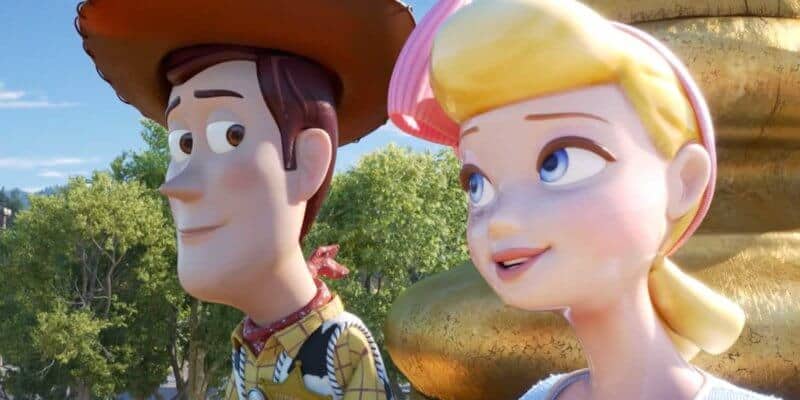 “Toy Story 4” offered fans of the major Disney/Pixar franchise an all-new reality for Woody as in the end of the film the famous cowboy chooses to live a drastically different life with Bo. However, what if the toys would have instead kept true to their roots and never decided to leave the life of being attached to a child after all? A new bonus feature in the “Toy Story 4” home-entertainment release offers fans a much different ending, which some fans might have preferred over the official finale of the film.

For fans who have followed the films since their initial release in the 90s, you’re probably very familiar with Woody’s deep desire to always stay close to his owner–whether it be Andy or Bonnie. A theme that recurred throughout all three of the first films was that no matter where Woody and the rest of the toy’s journeys took them, they were always supposed to make it back to their owner. However, “Toy Story 4” drastically altered this familiar and comforting ideology. But, it seems when Disney/Pixar were putting the final touches on the fourth film, their decision to let Woody and Bo go off to live unchartered and childless lives may not have always been so certain.

In a newly released alternate ending, we see Bo losing sight of her “Who needs a kid? mentality and instead of running off with Woody we see the sheep herding toy setting her sights on Harmony. For those who might be foggy on Harmony’s character in the film, she was the human Gabby Gabby wanted to be loved by–so much so she created a heart-wrenching and over the top plan to steal Woody’s voice box in order to make herself more lovable.

This new ending shows Bo realizing Harmony is the kid for her, one who could make all of her ownerless desires vanish and bring her happily back to the toy chest life. As hard as it seems to see the toy give her up freedoms, it’s even more emotional due to the fact that by her making the choice to pursue Harmony she has to give up any future with Woody–who also has to accept the harsh reality that his future with Bo has come to an end once again.

This ending of course wouldn’t have worked with the events that took place up to when this point of the film would have happened, which makes us believe that this ending only would have come if the film’s narrative was drastically different. Although, it is an interesting thought to think that Woody and Bo might not have been able to make it work for a second time and a life Bo came to despise could have easily been one she would gracefully walk right into again.

Toy Story 4 is available digitally on Oct. 1 and on Blu-ray Oct. 8.

What are your thoughts on this alternate ending of “Toy Story 4” with Bo’s character? Let us know in the comments!