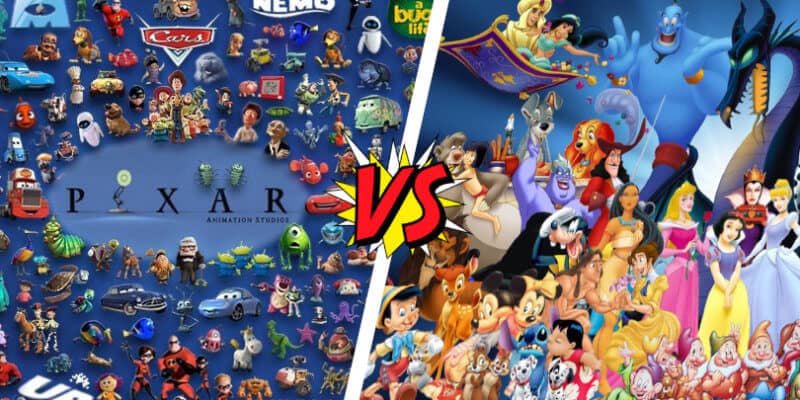 It is a fact known by animation lovers that Pixar and Disney have both produced, and continue to produce, some of the best film animations. But the question still out there that many are asking — Which studio does it better?

A new study from CashLady is now analyzing which animations are more successful in the market; Pixar or Disney animation. “CashLady conducted this research following the launch of Disney+, as they were curious about which films were more successful and popular with audiences,” stated Abu Bennett, representative from CashLady, on an email to ITM.

The research took into consideration the box office revenue (adjusted for inflation), audience ratings and critics ratings for films made by both studios. Each film analyzed was given an overall score out of 100 to determine which animation where more successful.

The results showed that Pixar animation is more successful than Disney animation! Pixar has an average critics score of 89% and an audience rating of 82%, while Disney films showed a 80% critics score and a 75% audience score.

“It was really surprising to see that despite Disney leading the way with the highest grossing films individually, Pixar films combined had a higher average box office figure, and were more consistent in the ratings they received from both critics and audiences, leading to higher average critics and audience ratings than Disney films,” Bennett said.

The research also looked at how well-received each film was, by audience and by critics, using data from Rotten Tomatoes.

There were only three films that received 100% from critics on Rotten Tomatoes; Toy Story (Pixar), Toy Story 2 (Pixar) and Pinocchio (Disney). And when looking at the top ten films rated by critics, Pixar accounted for six — including Finding Nemo, Up and Toy Story 3 — compared to only four Disney films within the list.

The worst critics rated films where also looked at in the research. Considering the three worst rated films, Disney had two and Pixar one. Disney’s Brother Bear and Chicken Little receiving a rating of 37%, and Pixar’s Cars 2 received a rating of 39% on Rotten Tomatoes.

When it came to best rated animations by the audience on Rotten Tomatoes, there was a disagreement between movies preferences between the audience and the critics. Pixar’s Toy Story 4 and Disney Pixar’s Coco both share the highest ratings of 94%. The third place went to The Lion King with 93%, and fourth place Beauty and the Beast with 92%.

The movies that weren’t successful were Disney’s Home on The Range which received a low rating of 28%, Chicken Little (47%) and Dinosaur (48%). The Pixar film with the lowest rating was the only one that the critics and the audiences could agree with; Cars 2 (49%).

Disney animations dominated the top of the scale on the highest box office ratings between the two companies.

However, the research also showed that Disney had its fair share of box office flops, which brought their overall box office numbers down.

But, when it came to individual movie success, Disney received the title with Snow White and the Seven Dwarfs scoring 91.77%.

So, which do you agree that Pixar animations are more successful than Disney’s? Let us know in the comments bellow.