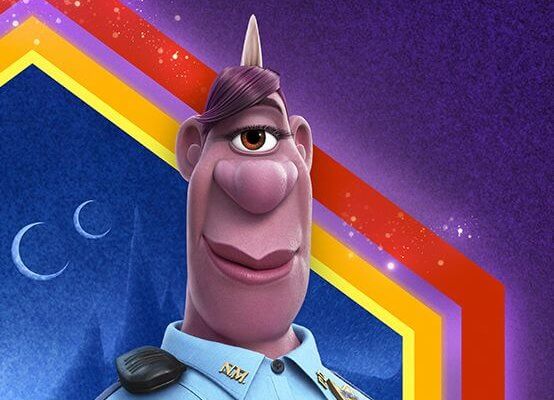 Officer Specter’s character will appear briefly in the film’s story in a scene where she is discussing her girlfriend with other characters. While it is unclear if Specter represents the lesbian or bisexual communities, it is precisely aligned with the LGBTQ community. Onward producer Kori Rae describes the inclusion of Yahoo Entertainment as a way to “open up the world a little bit” and “represent the modern world.”

Many fans who have wanted more LGBTQ representation in Disney films will be excited to hear this news. In the past, fans have felt that while Disney has subtly introduced characters in the community, it has never been significant enough to label the decisions as representation (including a gay kiss between a lesbian couple in the new Star Wars movie). Others feel that while characters in the community should be represented, there is no need to explicitly state it in the film. Regardless, this seems to follow a pattern of Disney choosing to integrate more LGBTQ characters into its media.

Related: Why “Onward” Had to be Pixar’s First Fantasy Movie

Are you excited to see Disney-Pixar’s Onward? Let us know what you look forward to most in the comments below!