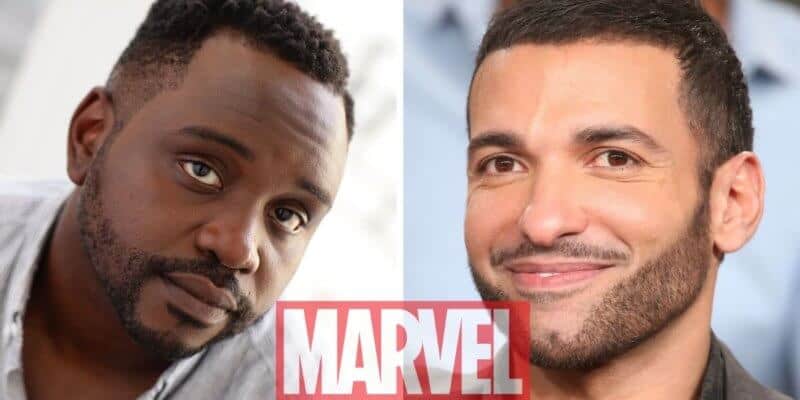 Marvel has just announced that its upcoming film, The Eternals, will feature the first openly gay Marvel superhero couple in the MCU.

Brian Tyree Henry is portraying Phastos in the upcoming MCU film, and his character will be the first ever gay Marvel Cinematic Universe superhero with an onscreen love interest. But that’s not all because the couple is also set to have a family of their own, with one child, and it will all be shown on screen!

In a recent interview with Logo, Haaz Sleiman, who will star alongside Henry, as just revealed that he is going to be playing Phastos’ husband in the upcoming movie. “I just shot a Marvel film with the first openly gay superhero, The Eternals,” Sleiman stated. “I’m married to the gay superhero Phastos, played by Atlanta’s Brian Tyree Henry, and we represent a gay family and have a child.”

But that’s not all because Sleiman also revealed that the couple will also give fans Marvel’s first same-sex kiss scene. “It’s a beautiful, very moving kiss,” Sleiman stated. “Everyone cried on set. For me it’s very important to show how loving and beautiful a queer family can be. Brian Tyree Henry is such a tremendous actor and brought so much beauty into this part, and at one point I saw a child in his eyes, and I think it’s important for the world to be reminded that we in the queer community were all children at one point. We forget that because we’re always depicted as sexual or rebellious. We forget to connect on that human part.”

Last year, Joe and Anthony Russo confirmed that one of the Marvel Cinematic Universe superheroes would be revealed as gay in an upcoming MCU film. Many believed this would be Captain Marvel as the new LGBT superhero, but that was never confirmed, though some are still expecting this outcome to happen. (I guess we will just have to wait and see).

The Eternals is expected to hit theaters in November 2020.

Are you excited to see Marvel’s upcoming film, The Eternals, when it hits theaters later this year? Let us know in the comments.