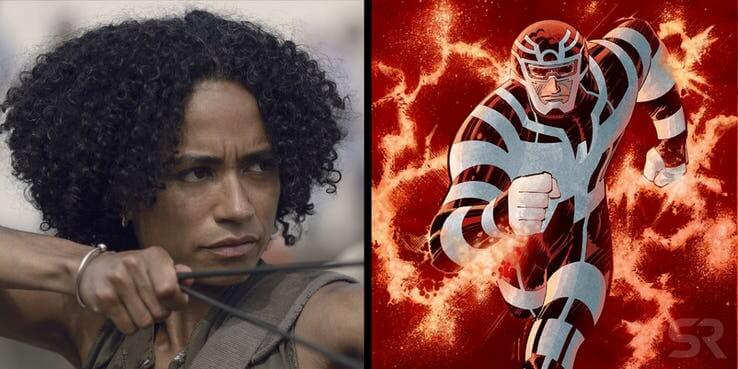 The internet has been buzzing with Marvel news ever since all of the epic announcements fans heard at San Diego Comic-Con last weekend. Among all of the news of Phase 4 of the Marvel Cinematic Universe, we finally got word of a pretty amazing new addition to the MCU family: “The Walking Dead” actress Lauren Ridloff, who will play Marvel’s first deaf super hero in “The Eternals.”

Ridloff will play the role of Makkari, Marvel’s first deaf super hero in the upcoming 2020 film “The Eternals.” Makkari is a member of The Eternals, a race of superhumans, and many regard the character Makkari as the fastest hero in the Marvel universe. Ridloff’s casting is especially significant because she will be playing a character who is traditionally portrayed as male. Marvel is making strides these days with the announcement of the first openly LGBT+ super hero and the female Thor, so we aren’t surprised that Ridloff (a deaf actress herself) will play a character who is not only deaf but also a female in a traditionally male role.

If you aren’t familiar with The Eternals from the Marvel Comics, let us catch you up. The creator Jack Kirby was inspired by Greek and Roman mythology to create a lineup of super heroes who are actually “a race of immortal aliens sent to Earth by the Celestials to protect humankind from the Deviants,” as said by one of the film stars Richard Madden. The joke of the comics is that The Eternals actually inspired human mythology, since they are tens of thousands of years old.

“[The film is] about this group of incredible immortals but through their journey we really get to explore what it means to be human and humanity on our time on this planet,” said Chloe Zhao, who will direct “The Eternals.”

Ridloff joins a star-studded lineup of actors in “The Eternals.” Other members of the cast include Angeline Jolie as Thena, Richard Madden as Icarus, Kumail Nanjiani as Kingo, Brian Tyree Henry as Phastos, Salma Hayek as Ajak, Lia McHugh as Sprite, and Don Lee as Gilgamesh.

We’re going to have to wait until November 6, 2020 to see Ridloff and the rest of the cast in action, but we’re definitely excited to see the adventure that Zhao and the cast of “The Eternals” take us in the upcoming film.

What do you think of Marvel’s choice to cast Ridloff as the first deaf super hero? Let us know in the comments!

Comments Off on Marvel casts Lauren Ridloff as Makkari, the first deaf super hero in “The Eternals”