Yes, you read that right. Variety confirmed that a Beauty and the Beast prequel series is in the works for Disney+ and both Josh Gad and Luke Evans will reprise their roles as Gaston and LeFou.

It will be a musical series written by showrunners Eddy Kitsis and Adam Horowitz. Josh Gad will also be a co-writer and an executive producer. While it will be launched on Disney+, the show will be produced under ABC Signature Studios. 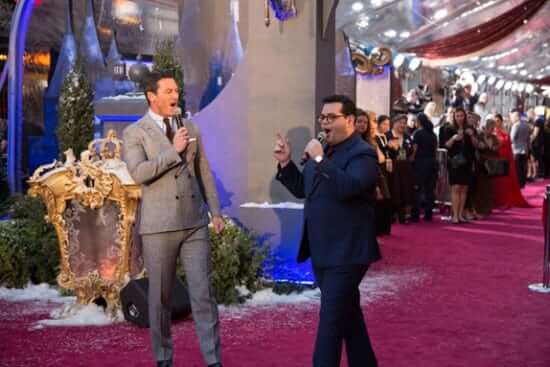 This casting news keeps Disney+’s streak of bringing the original movie cast onto the extended sequel–or prequel–series. Other examples of the accomplishment include all of Disney+’s planned Marvel series (The Falcon and the Winter Soldier, Loki, and WandaVision to name a few), the Mighty Ducks series that will bring back Emilio Estevez as Coach Gordon Bombay, the return of Ewan McGregor for Star Wars‘ Obi-Wan Kenobi series, and the most recent news that the entire cast of The Sandlot is signed up for the sequel series.

This is also not the first time Kitsis, Horowitz, and Gad have teamed up to create a Disney+ show together. The trio already collaborated on a scripted Muppets series, but that show was scrapped late last year for a short-form unscripted show called “Muppets Now.” Kitsis and Horowitz were also the two of the writers behind ABC’s beloved Once Upon a Time series.

Like all of the other remakes of Disney’s animated movies, Disney’s Beauty and the Beast (2017) was received by a mixed audience, but like most of the other remakes, it also scored big at the box office bringing home $1.2 billion on a $160 million budget. Disney showed us a vibrant live-action world that was just waiting to be further explored. Hopefully, we will get to do just that with this Gaston-focused prequel series.

What do you think about a Beauty and the Beast prequel series? Are you excited to see how they explore Gaston’s backstory? Let us know in the comments!