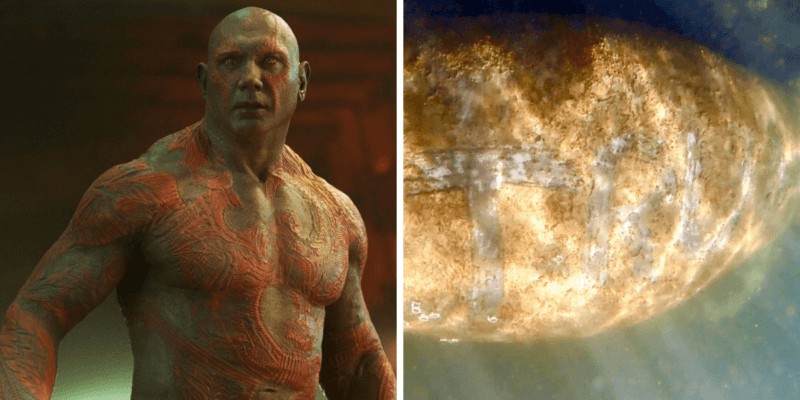 Guardians of the Galaxy actor Dave Bautista offers a $20,000 reward for whoever can catch the criminal who scrapped the words “TRUMP” onto the back of a manatee.

According to a new report from WPDE.com, a video went viral that showed a manatee who had the word “TRUMP” carved into its back. The manatee was spotted in the Homosassa River in Citrus County, FL. The report goes onto say that the U.S Fish and Wildlife Service and the Florida Fish and Wildlife Conservation Commission are looking for any information about what happened to the manatee.

Related: Marvel’s ‘WandaVision’ Is a Love Letter in More Ways Than One

Marvel actor and Florida native Dave Bautista, who plays Drax the Destroyer in the Guardians of the Galaxy films, took to his Twitter to bring attention to the horrific incident and offer a reward and bonuses for those who can help the authorities catch the criminals who were responsible.

If there’s not already a reward for the arrest and conviction of the low life scummy MAGATs that did this I’ll throw in $20,000. And I promise there will be bonuses to that reward! https://t.co/CGa2EIhrEQ

Thankfully, the U.S Fish and Wildlife Service did say that upon further inspection the manatee didn’t appear to be too seriously injured from the incident. But they are continuing to investigate the matter.

“Manatees aren’t billboards, and people shouldn’t be messing with these sensitive and imperiled animals for any reason,” said Jaclyn Lopez, Florida director at the Center for Biological Diversity “However this political graffiti was put on this manatee, it’s a crime to interfere with these creatures, which are protected under multiple federal laws.”

Manatees are protected under the Endangered Species Act. Hopefully with the attention of a well-known actor like Dave Bautista brings to those responsible will be brought to justice.

Marvel Studios is currently working on the third Guardians of the Galaxy movie, and James Gunn the director of the franchise gave an update on the scrips saying it was well past the first draft stage. The film has suffered delays due to the ongoing pandemic, as many other movies have. Hopefully, in 2021 we will see more updates about the film!