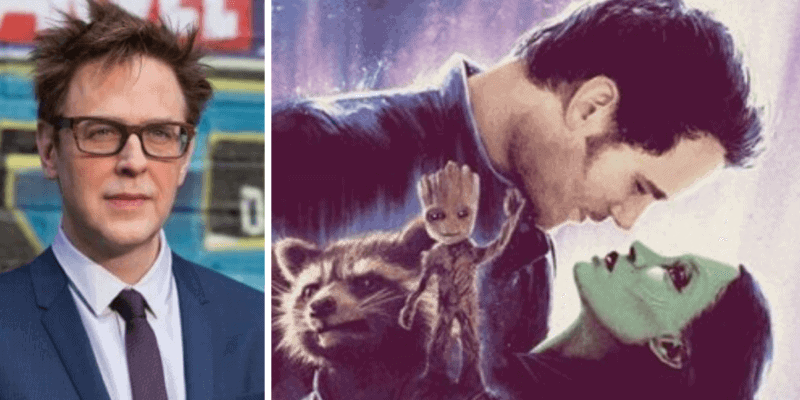 The global pandemic may have brought film production to a standstill the past few months, but pre-production tasks, like completing the script, have been able to move forward. This means that upcoming movies under the Disney umbrella, like Marvel’s Guardians of the Galaxy Vol. 3, are still making some headway.

And Guardians 3 director and writer, James Gunn, has come forward to share some updates regarding his progress on the script.

“Writing a first draft of a screenplay is like a zebra. I knew a guy once who had a pet zebra. It was pretty tame, he’d pet it and nuzzle it, feed it carrots and stuff. I said, ‘What is it, just like a horse?’ He told me no…Vol 3 is long past the first draft stage.”

I have every faith in you to not half ass it! You haven’t let us down and even during those dark times I knew in my blood you’d be the ONLY person to deliver Vol 3 and will do an interstellar job! Now please have a background Alien zebra in a crowd scene!

Vol 3 is long past the first draft stage.

So…is it actually finished? Or no?

In November 2019, Inside the Magic reported that Guardians cast member Karen Gillan had read the Guardians Vol. 3 script.

“I can say that I’ve read it and it’s amazing. We’re all really excited that James is back to complete the trilogy because it wouldn’t have felt right without him. It’s a wonderful, wonderful script.”

Gunn, on the other hand, remained mum on the topic of his script until now. While he confirms the script is well beyond the first draft, he does not lead us to believe that it is now completed.

But one event did happen that could cause rewrites to happen: a change in film order. Guardians of the Galaxy Vol. 3 was originally supposed to come before Thor: Love and Thunder. It was confirmed back in March 2020, that it would no longer be the case.

The ending of Avengers: Endgame appeared to set up the next Guardians film with Thor hopping a ride with them off-world and apparently joining the crew. But circumstances arose that caused the order to switch. Now, Thor: Love and Thunder will come first, requiring different setups, and character development. Guardians 3 also still does not have a release date.

Comments Off on James Gunn Gives An Update on “Guardians of the Galaxy Vol. 3” Script