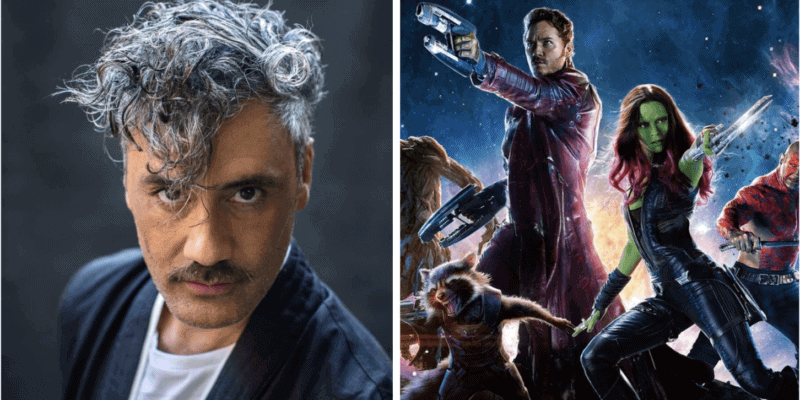 A new report from the Disney Dish podcast indicates that writer, director, and actor Taika Waititi — who won the 2020 Best Adapted Screenplay Academy Award for JoJo Rabbit — may soon be filming scenes for the coaster at Walt Disney World’s EPCOT theme park.

Per host Jim Hill via The DisInsider:

Taika Waititi is filming new material for scenes in the Guardians of the Galaxy: Cosmic Rewind. “They haven’t filmed the film elements…There’s a lot of folks at Imagineering that are just thanking the lord that Taika Waititi is shooting Thor: Love and Thunder starting in January in Sydney.”

Although Disney hasn’t confirmed that the popular Oscar Award and Emmy Award winner will be filming, it wouldn’t be surprising to see Waititi — who voices Korg in the Guardians of the Galaxy franchise and is set to reprise the role in Thor: Love and Thunder (2020) — appear in the new Marvel ride.

For Waititi’s part, his next major project is Thor: Love and Thunder, followed by his first foray into Lucasfilm’s Star Wars movie universe. Waititi previously voiced droid IG-11 in Season 1 of The Mandalorian and directed the Season 1 finale of the hit Jon Favreau and Dave Filoni series.

Details of Waititi’s Star Wars film — slated for a 2025 release — have not been officially revealed, but some astute fans have picked-up on clues that may reveal the overarching storyline. Waititi has confirmed that he’s both begun writing and scouting locations for his project set in a galaxy far, far away.

Star Wars fans are excited about the filmmaker’s new Star Wars movie, which is likely to be a theatrical release. Disney and Lucasfilm executives have not yet announced whether or not the film will premiere both in theaters and on Disney+ or not — although Disney has restructured to focus primarily on streaming, they haven’t given-up theatrical films either.

Are you excited about the possibility of Taika Waititi being involved in Guardians of the Galaxy: Cosmic Rewind?

Comments Off on Taika Waititi May Be Filming at ‘Guardians of the Galaxy’: Cosmic Rewind