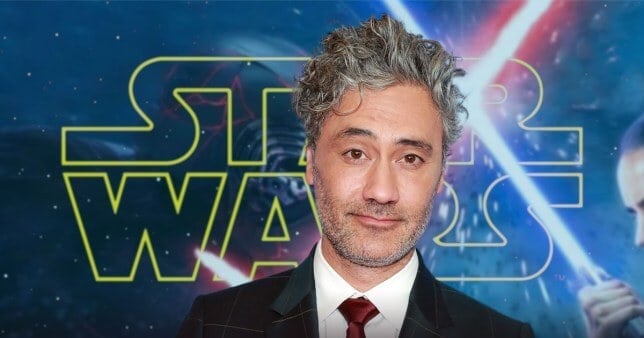 Hot Disney, Star Wars, and Marvel news hit Twitter and our news feeds last week featuring trailers, sneak peeks, and announcements from the upcoming additions to The Walt Disney Company family of brands. During the Disney Investors’ Day call, Lucasfilm President Kathleen Kennedy announced that the new Disney+ shows, Ahsoka and Rangers of the New Republic, will tie into the larger story of The Mandalorian, setting the stage for Star Wars to expand a galaxy far, far away like never before. One of the more “Force-driven” announcements confirmed that a new untitled Star Wars film is still forthcoming in 2025 from the director of  Thor: Ragnarok: director Taika Waititi. His reaction to the news announcement was hilarious!

While this next Star Wars movie has been confirmed for some time, this secondary official announcement pulled an hilarious reaction from Taika Waititi. The Disney announcement’s Tweet read, “A brand-new Star Wars feature with acclaimed filmmaker Taika Waititi is in development. Get ready for an unforgettable ride!”

But with his amusing and self-deprecating humor taking over, Waititi posted a screenshot of the official tweet and captioned it on his Instagram feed, saying, “What?? Ugh, as a longtime fan of Star Wars I’m so angry about what I’m about to do to ruin it.” You can check out the post from Taika Waititi’s Instagram below

What’s even funnier is that we’ve come to expect amusing retorts from Waititi regarding his own news statements. When he was nominated for an Emmy for his voiceover work behind The Mandalorian‘s IG-11 droid, he treated us to a tweet captioned, “The entire planet is buzzing about me being nominated for my robotic acting. Guys, there are other nominees outside of the coveted Voice-over Character category. Ugh, it can’t be all about me ALL OF THE TIME!”

IG-11, also known as Eyegee-Eleven or simply as IG, was a programmed assassin droid who worked as a bounty hunter with a built-in self-destruct switch. Din Djarin (Pedro Pascal), the title Mandalorian in the series, destroyed him during the mission, yet his body was retrieved and reprogrammed as a nurse droid. IG-11 later sacrificed himself via self-destruction in order to kill a platoon of stormtroopers to prevent Grogu (known as The Child or “Baby Yoda) from being captured. Waititi routinely referred to IG as a Terminator-like droid, both yet caring for his ward.

Speaking about the specifics of IG to Variety, he said, “The droid’s name is IG-11, a lot of people presumed it was IG-88 because he looks very much the same. [It’s] IG-11 actually.” Waititi explained. “I’ll be very honest with you. I didn’t know the difference between any of these things.”

Waititi is also known for directing the Star Wars: The Mandalorian Chapter 8: Redemption. This was the Season 1 finale in which IG-11 met his unfortunate end. Waititi’s next Marvel movie Thor: Love and Thunder, is expected to open in theaters in 2022.

Have you heard Waititi have other silly or humorous reactions? Share them with us below in a comment!