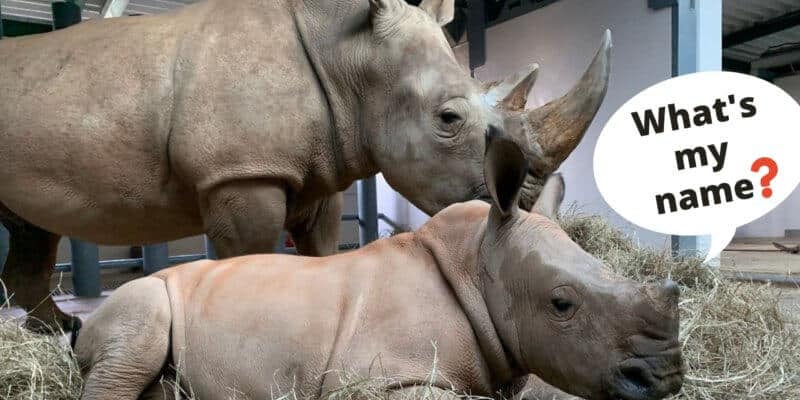 Related: Animals at Disney’s Animal Kingdom Say Goodbye to 2020 in Cutest Way Ever

It was in October of 2020, that the wait came to a halt and the cute baby boy white rhino was born! ITM covered Kendi’s pregnancy announcement and the baby rhino’s birth, so it is no surprise that we are here to cover his name reveal.

Ranger’s name is to honor the wildlife rangers who protect rhinos, and other endangered animals worldwide.

“Ranger’s name is just another way we join the @DisneyConservation Fund in efforts to support rhino conservation,” wrote Dr. Penning on a Instagram post about Ranger’s name.

If you haven’t had enough of Ranger’s cuteness, the Disney keeper team put together a video of Ranger achieving some of his important rhino calf milestones. And, at the very end of the video, Ranger himself reveals his name to Disney fans!

Besides being cute, why is Ranger’s birth such a big deal? Ranger’s birth is an important happening for the white rhino species worldwide. Rhinos are the world’s second most endangered land animal — and among the most endangered animals in the world due to poaching. So, every baby rhinoceros is a glimpse of hope to the species.

What did you think of Ranger’s name? Do you like it, or would you choose a different one? Let us know in the comments below.

Comments Off on Animal Kingdom’s Baby Rhino Reveals His Name