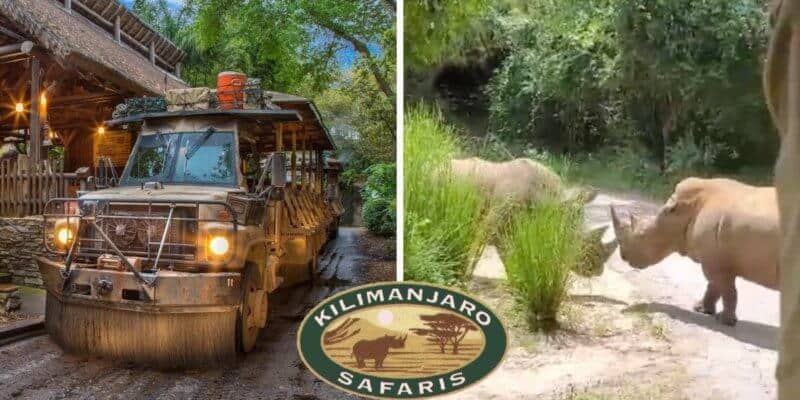 One of the best parts about this theme park attraction is the fact that it is different every single time you ride it. You never know what the animals will be up to! Sometimes you will see the giraffes up close and personal and other times you will see the lions roar and patrolling their rock.

Well, one rider was in for a unique experience as they recently witnessed a fight break out. No, not between two humans — But between two rhinos!

The fight happened right in front of the ride vehicle and the rider was able to capture the entire altercation on video. She describes the event as:

We were on the Kilimanjaro Safari today at Animal Kingdom and these two rhinos came running out in front of us out of nowhere, fighting. Our safari guide had to throw his brakes on. The rhinos proceeded to fight right in front of us, even ramming into our safari truck, which gave us all quite a shock. We had to sit on the trail for about 15 minutes until our driver got the clearance to proceed. It was the craziest thing we’ve ever experienced!

She sent the video directly to Inside the Magic, which you can view below.

As you can see in the video, at one point, the two rhinos bumped into the ride vehicle and the force was strong enough to shake the entire car.

Despite it being a bit scary in the moment, she reassured us that everyone was safe and told Inside the Magic “It was just a great experience. That’s what makes the safari so great, you never know what might happen. It’s different every time.”

Have you ever seen anything like this happen while riding Kilimanjaro Safaris at Disney’s Animal Kingdom? Let us know in the comments below.