In an environment as incredibly rich as Walt Disney World, it’s almost inevitable visitors will be so overwhelmed by all the details that they might miss some of the connections right in front of them. The backstory to Kilimanjaro Safari and its original storyline are prime examples of this.

First, the backstory. You have probably seen that much of Harambe, the main village in the “land” of Africa in Disney’s Animal Kingdom, is covered in many places with advertisements, to make the buildings seem believable and real. Many of the signs warn of poachers, which is meant to provide foreshadowing for the original storyline about poachers found at Kilimanjaro Safari. 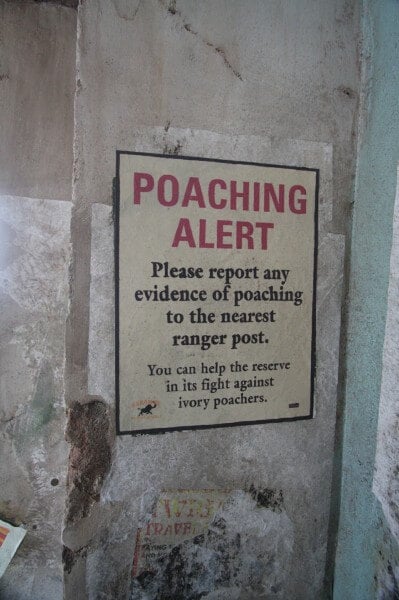 If you look closely at those advertisements, you’ll see they start to repeat, as if there are only so many businesses in this town. One of the most identifiable is “Cap’n Bob,” who sells tours. Cap’n Bob looks an awful lot like Imagineer Joe Rohde, who headed up the creative decisions on Disney’s Animal Kingdom, but Joe has said this is just a coincidence. 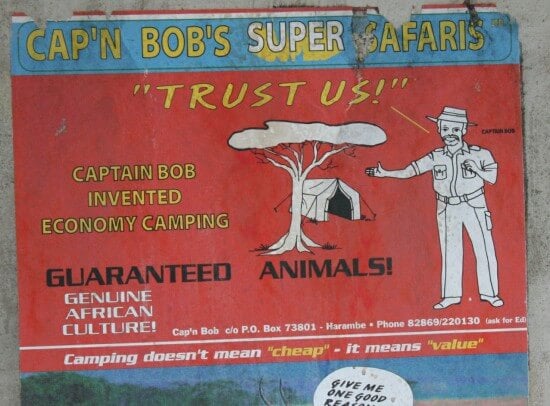 That said, there seems little room for modesty in the “masks and beads” flyer, owned by one “Jorodi” (say it out loud to get the reference). The Jorodi sign can be seen in several places in Harambe. 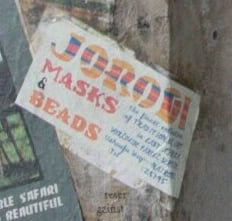 The Kinga balloon company promises an exotic ride over the animals in a yellow balloon with an orange top. It’s no coincidence that this balloon makes an actual appearance in the land, in the rafters of the queue at Kilimanjaro Safari. Details like that give this land an unusually well-interconnected set of themes. 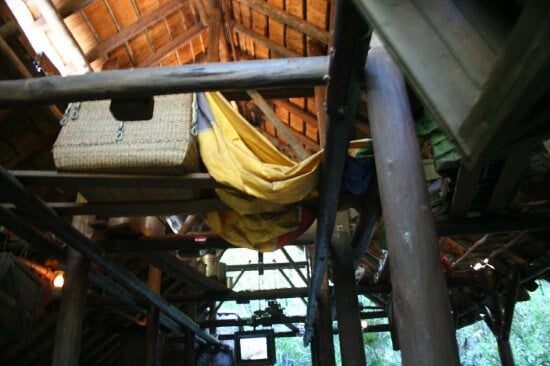 The queue of Kilimanjaro Safari is notable for several historical reasons. You’ll find both warden Wilson Mutua and researcher Catherine Jobson in the overhead video; they played important roles in the actual ride for many years, with their voiceovers advancing the plot of the ride. If you recall, the drama of the attraction came from the kidnapped Big Red mother elephant, and her baby, Little Red. In the first versions of the ride, we passed by the carcass of the poached Big Red, and then we busted through the park gates to chase down the poachers in their camp, thereby saving Little Red. The ride had a “Bambi’s Mother” kind of trauma to it, despite having a conservation message, and the storyline was quickly altered to focus only on the saving of Little Red. 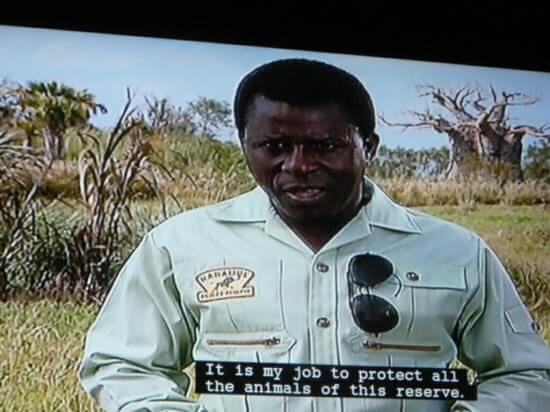 Although Jobson isn’t involved in the ride vehicle anymore, she is still present in the queue video. 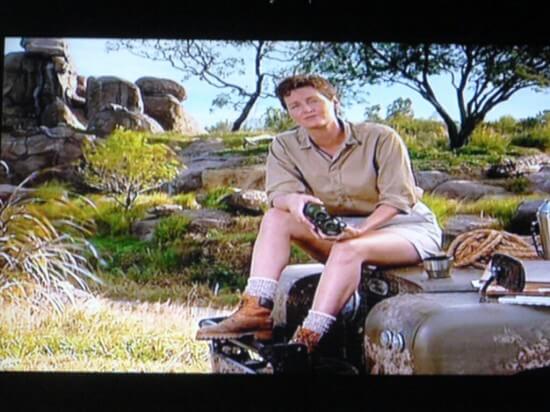 Also present in the queue is a poster that advertises both Big Red and Little Red, though they are no longer part of the attraction in any capacity. A few other unrelated observations about Kilimanjaro Safari, while we’re here taking a tour. This one attraction uses more square footage than all of the original Disneyland–it’s a big attraction!

Look carefully at the flamingo island, and you might see a familiar shape. 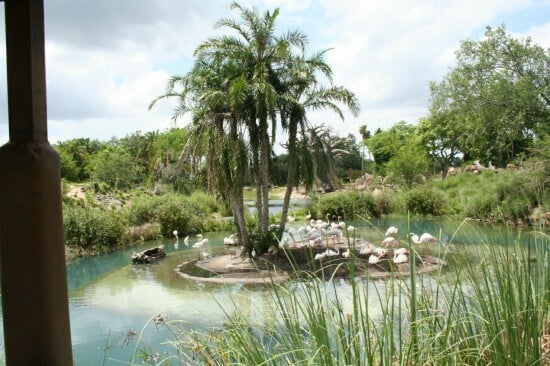 Finally, listen for the song played on the radio near the broken bridge (just before the main elephant enclosure). This song is actually the Lord’s Prayer, sung in Swahili.

If you like D-Tales, you’ll love Kevin Yee’s book Walt Disney World Hidden History (second edition, 2014). This softcover book tracks Disney “hidden history” — remnants of former attractions and tributes to Imagineers as well as other Disney officials — hiding in plain sight in the parks. There are over 300 entries in the book! Whether tribute or remnant, each item discussed starts with something visible in today’s parks; the idea is that this is something you could visit and see with your own eyes, and then appreciate the historical thinking behind it. Since most visitors aren’t local, the book includes a photo of every item discussed so you’ll know what to look for. The softcover book has a digital counterpart with the Kindle version.