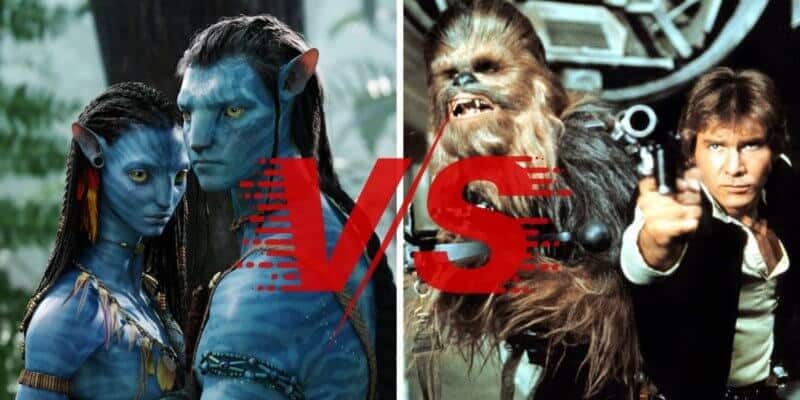 Many people are looking forward to the sequels to Avatar as it has been 11 years since the first film was released and the crew is hard at work as they continue to make progress on the first of the upcoming sequels, Avatar 2.

And with all of these upcoming sequels, the Avatar franchise could be bigger and better than the Star Wars franchise — Surprised? Yeah, me too.

Well, according to ScreenRant, “It’s a franchise that has a total of four sequels lined-up, all of which are coming from one of the greatest (and most profitable) blockbuster movie directors of all time. Add-in the potential for brand synergy – Avatar was part of Disney Parks’ Animal Kingdom even before the Fox deal – and presumably other tie-in opportunities, and it’s a big win.”

On top of this, Avatar was already the highest-grossing film of all time back in 2010 and has brought in $2.790 billion. The only film to have beaten Avatar since 2010 is Avengers: Endgame.

But looking at the box office as a whole, ScreenRant makes another excellent point — Avatar is already bigger than any Star Wars movie ever made. “[Avatar’s] box office total is considerably higher than the (admittedly still impressive) $2.068 billion pulled in by Star Wars: The Force Awakens, and even adjusted for inflation it still comes out on top: with those figures, Avatar remains in second place with $3.257 billion, comfortably ahead of the original Star Wars, which has $3.043bn. Star Wars obviously has far more proven longevity as a cinematic franchise, a bigger fanbase, and lots of successful tie-ins, but Avatar has shown it can best it at the box office by some distance.”

The Hype and Anticipation For New Films

Even though some of these sequels are still a few years away, there’s already a decent amount of excitement, hype and clear interest for the Avatar films. However, when it comes to the Star Wars franchise, the excitement and hype for new films are just no longer the same.

It has been a total of 11 years since James Cameron’s first film of the series titled Avatar was released. This first film still remains the highest-grossing film of all time. Right now, Walt Disney Studios and 20th Century’s Avatar series theatrical release schedule is as follows:

What do you think? Will Avatar be bigger than Star Wars? Let us know in the comments below.