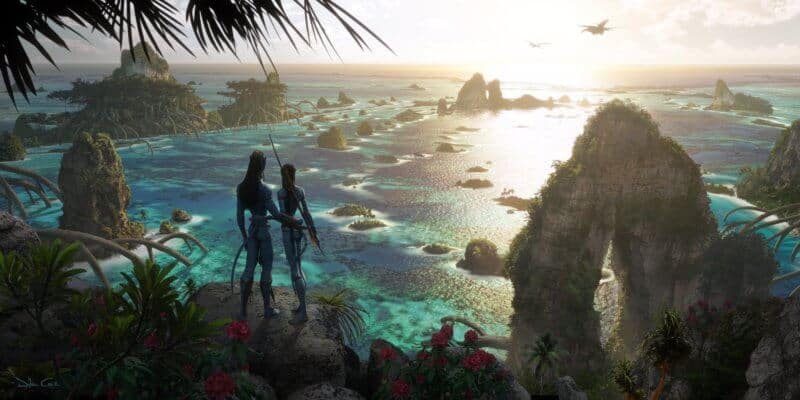 It has been over 10 years since James Cameron released his masterpiece, Avatar. And now, he finally released concept art for the film’s long-anticipated sequel, Avatar 2.

Cameron unveiled the pictures yesterday at the Customer-electronics trade show, CES2020, in Las Vegas along with Mercedes-Benz’s #VISIONAVTR concept vehicle which was inspired by the franchise.

What we know about Avatar 2

Moviegoers should expect to return to the planet, Pandora, in December 2021. It will be the first of four planned sequels. They are reportedly in the process of being filmed back-to-back-to-back-to-back.

In a statement with comicbook.com, Avatarfranchise producer, Jon Landau, said:

“We’re well into production. We’ve completed our performance capture with Sam [Worthington] and Zoe [Saldana] and Stephen Lang and Cliff Curtis and Sigourney Weaver and a great group of young kids. We’ve been capturing not just on a stage but in a 500,000 gallon water tank, below the water, above the water. Jim [Cameron] has written into the scripts all of the stuff that people would expect from an Avatar sequel. A story that completes itself, an emotional journey in a world like you’ve never seen.”

From the provided images, we can see spectacular oceanside landscapes with floating islands and never-before-seen sea creatures. That combined with the confirmed underwater shots makes it pretty clear that we will learn what it’s like to live by the sea on Pandora.

According to IMDb, Avatar 2 will also have a star-studded cast. Listed as a part of the cast is Kate Winslet, Vin Diesel, and Michelle Yeoh. Sigourney Weaver is also listed to reprise her role as Dr. Grace Augustine. Simply from the cast, and the characters they will play, it is clear that humans are not done with Pandora, and we will meet some new Navi’i. The celebrated composer, James Horner, was set to provide the film’s score until his untimely death in an airplane crash in 2015.

Remember, you can live the adventures of Pandora right now at Disney’s Animal Kingdom! Book a trip to Disney World with the Authorized Disney Vacation Planners at Academy Travel to see Pandora – The World of Avatar for yourself!

What do you think of the concept art? Are you excited for the next Avatar movie? Let us know in the comments!